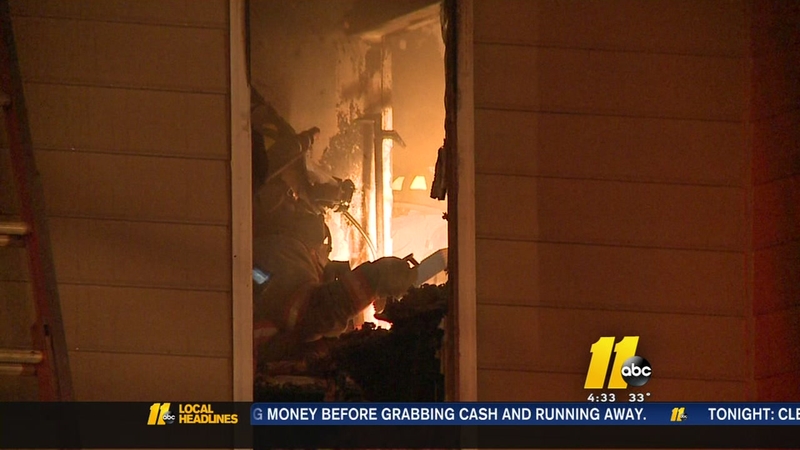 DURHAM (WTVD) -- Several people were forced from their homes Thursday evening after a fire tore through an apartment building in Durham.

Firefighters responded to the building in the 2500 block of South Roxboro Street about 6:30 p.m.

Smoke and flames were visible from the second floor of the building. The occupants had escaped the unit before firefighters arrived.

Durham fire officials said the fire was put out within six minutes but the apartment sustained heavy damage. The first-floor apartment unit directly below incurred minor water damage that resulted in the power being shut off.

The fire was ruled accidental, officials said. It started when a woman was heating grease in a pan for cooking and left the room. When she returned, the kitchen was on fire.