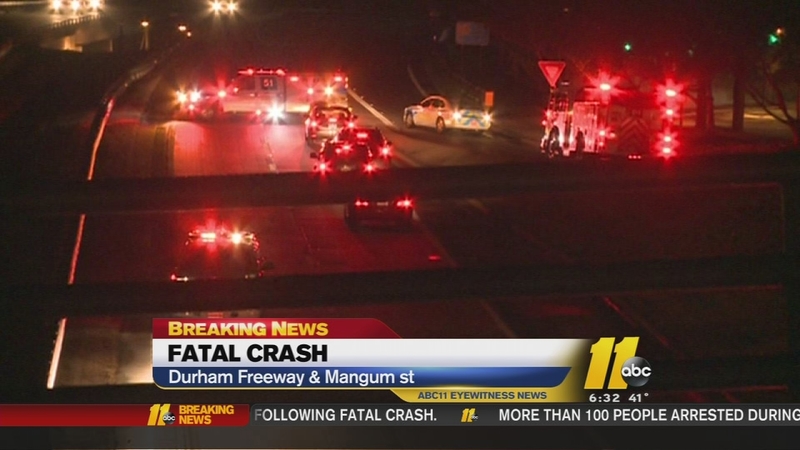 DURHAM (WTVD) -- Authorities in Durham say a person involved in an accident along the Durham Freeway Wednesday night has died.

It happened just after 9 p.m. along the northbound lanes of NC 147 near the Mangum Street Bridge at Exit 11 for Alston Avenue.

Witnesses said the driver of a silver Honda Civic with South Carolina plates was speeding down the roadway when it lost control and careened into a right shoulder guardrail and spun around.

Officials said two people in the backseat of the car were ejected and taken to Duke ER where one man died.

Police said the driver and a front seat passenger fled the scene shortly after the crash. Anyone with information is asked to call Crime Stoppers at (919) 683-1200.