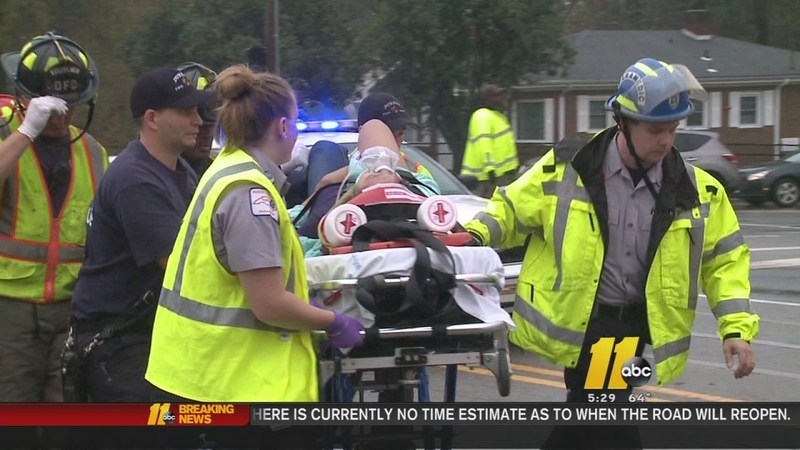 DURHAM -- A student was hit by an SUV in front of Hillside High School in Durham Tuesday morning.

Authorities said 14-year-old Jordyn Davis was taken to the hospital by EMS with serious injuries.

According to police, it happened in a crosswalk area, but the teen crossed against the light. The driver will not be charged.

ABC11 saw other students crossing in the same way the afternoon after the accident.

Hillside senior Amy Ortiz explained a lot of other students are in a rush because they get 30 minutes for lunch and if she wants to make it back to school before the bell rings she has to be quick.

"We have to hurry up, get in, get out and sometimes we don't have enough time to actually wait for that cross walk, cause it takes longer for us to wait for it than to actually go," she said.

Ortiz said it takes students between five and ten minutes to walk from the school to the store.

"Then that means we only have ten minutes left, which means we have five minutes to grab something and run across the street to the school," she said.

According to NC Department of Transportation, the pedestrian accident Tuesday is the second one at the intersecting in front of the high school since September.

Durham County Public Schools said it encourages students to stay on campus once they get to school.

Some are taking to Twitter to send their prayers to the injured teen.

Others are saying they're not surprised.

Somebody Always Getying Hit By A Car At Hillside 😂😂😂

Kids be getting hit by cars left & right at hillside

Lord somebody got hit in front of hillside again 😭😩

somebody always getting hit by a vehicle @ hillside 😐