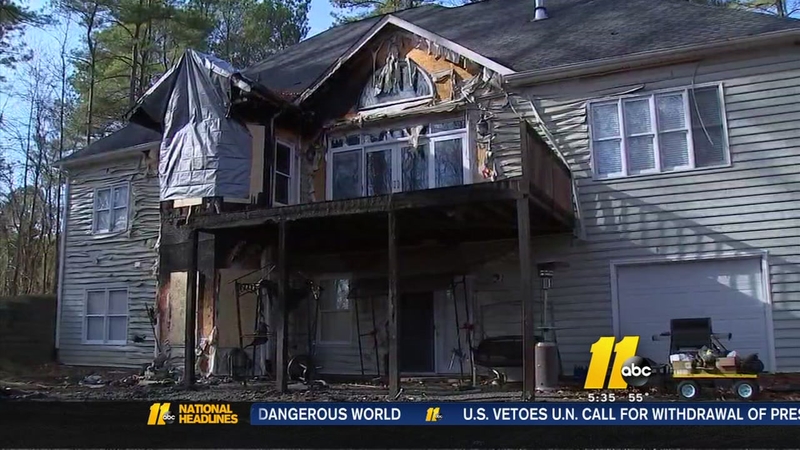 STEM, North Carolina (WTVD) -- The Durham community is rallying around a police sergeant whose home went up in flames Friday.

Sgt. Dale Gunter was at work when he received a call from his neighbor.

By the time he got to his home in Stem, firefighters were already battling the blaze.

Gunter's father-in-law was in town for surgery when his camper, parked in the backyard, caught fire.

No one was inside the house at the time, but much of the family's possessions were burned as Gunter and his wife helplessly watched the fire spread to their home.

"I found her, and we watched our house burn down," he said. "I felt a hand on my shoulder and turned around, and it was a Durham police officer and within five minutes there were three more officers there."

Gunter's police family set up a GoFundMe page to help pay for the damage.

"I've seen a lot of houses burn down in Durham during my career, and I've seen a lot of people devastated, and until it happens to you, you don't know," said Gunter. "People have come out of the woodworks, and it has restored my faith. It really has."