Durham townhome residents struggle to get help with mold, water damage until Troubleshooter steps in Troubleshooter gets help for townhome residents living with mold

DURHAM, N.C. (WTVD) -- Water damage, mold and mildew were all found inside Durham Housing Authority townhomes but residents say their complaints weren't taken seriously until the Troubleshooter stepped in.

"I could see moisture coming under the baseboards of my kitchen," said 69-year-old Lois Green.

It's that damage that got Green's attention. And upstairs, there is also water damage in her bathroom ceiling.

"I pay rent here, and I should get some action here and I'm not getting anything," she said.

In August, Green said she complained to management at the Edgemont Elms Housing, which is owned by the Durham Housing Authority.

"Every time I call I get no response. It's just ridiculous," she said.

Green's next-door neighbor Donna Forbes agreed. She said the issue starts with her A/C unit that's not only leaking into her home, but also Lois'.

Both women said they just wanted their problems fixed by DHA. When it didn't happen, Green took matters into her own hands and got Durham's Neighborhood Improvement Services and a DHA housing inspector involved.

Both found violations pertaining to the leak and water damage and alerted DHA to make corrections, but weeks later -- still no fix.

"I am disappointed in Durham Housing Authority because I couldn't get no hedge way," Green said.

"I thought maybe you could help me, get this over to them, and they would not treat their tenants like this anymore," she told the Troubleshooter.

The Troubleshooter got in touch with the Director of the Durham Housing Authority, Anthony Scott. He admits they've known about the leaking A/C unit since august and tried to fix it, but have not been successful.

After our involvement, DHA performed air quality tests and got a crew on site that tore out the walls where there was water damage. Crews cut big holes in several places, to get rid of the trouble spots. 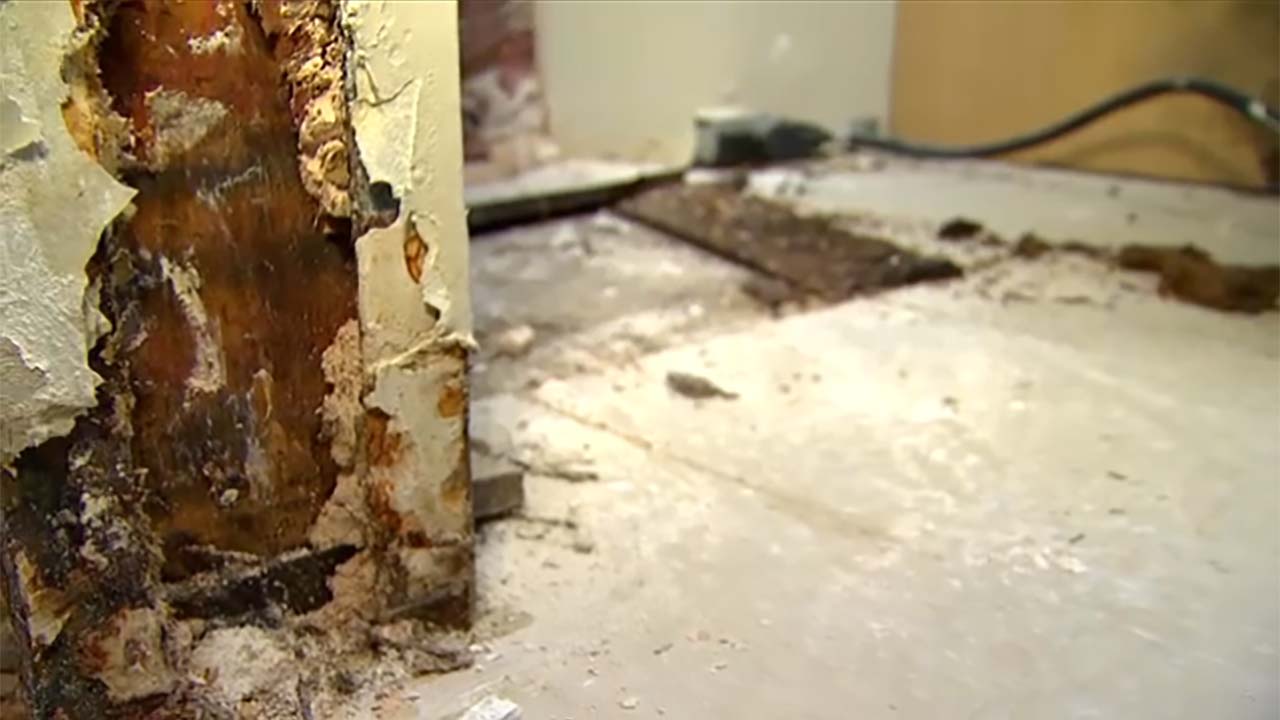 It took some time, but the air conditioning leak was fixed and new sheetrock went up in both Lois's and Donna's homes. Green was relieved to see action.

"It was divine intervention for me to get you to come to help me, and when it worked out, I looked up and said thank you, Jesus," she said.

Green did move out of that townhome for health reasons and says she is very happy in her new home run by DHA. She said she reached a financial settlement with DHA when it comes to all of the troubles she went through in her townhome in Edgemont Elms.