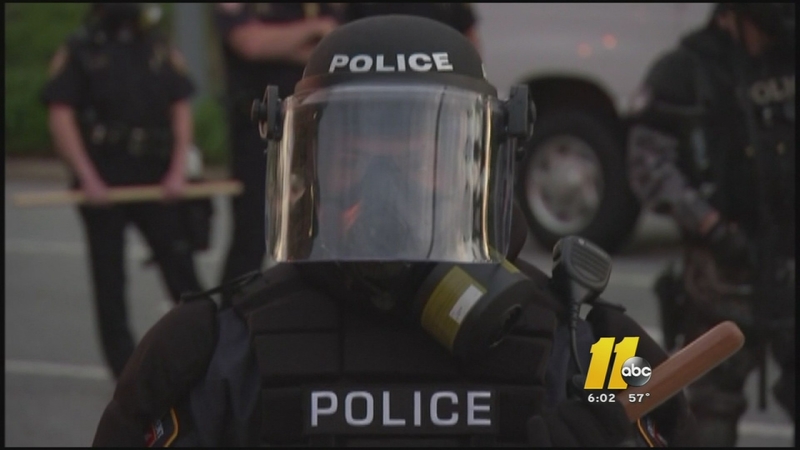 DURHAM (WTVD) -- The Durham Police Department is upgrading technology. Soon, officers will be wearing body cams and Thursday, the Department released a new "draft" policy outlining what the rules will be.


"What we're looking for is a policy that balances the needs of the organization as well as the wishes of the public," Marsh said.

But many in Durham remain skeptical. The video wouldn't be subject to open-records laws and wouldn't be accessible by the public.

"It doesn't allow public access to the recordings," said Susanna Birdsong with the North Carolina ACLU. "That's our biggest concern with the policy as it's written right now. They can really be tools to build community relationships but that can only happen when communities feel like they're part of the process, and when they're receiving information that body cams are recording and capturing."

Darryle Waller liked the idea at first, saying police use "excessive force and target black people for unnecessary reasons and then roughing them up for no apparent reason." But when he learned the public wouldn't be allowed to see the video, he recanted. "Well, that's not going to be helpful at all. That's just going to benefit them."

Nikia Sowell agreed. "I believe we should have any access, any at all. I would want to see what they have. Not letting the public have it isn't fair. I'm against it if we're not going to be able to see it."

Not everyone saw it so cut and dry. Delshawn Alston, who claimed he was illegally stopped a few days ago, said he would have liked the officer to have been wearing a body cam. "Whether we can see it or not, it'd just make me comfortable to know that they do have it. That's my biggest thing; they need it."

Deputy Chief Marsh downplayed concerns about access to the video. He said the rules for dash-cam video are largely the same when it comes to what people can and can't see, and said there haven't been many complaints about that.

"The practice of the footage not being a public record is well-established," Marsh said. "Any video, whether it's in-car camera or body-camera video is just another iteration of an officer's police report, which is not and has not been so the public is not operating under a more restrictive process. It's just what they've always been operating under, whether they knew it or not."

In other cities, body cameras have helped build (or rebuild) trust between police and the people they serve, but Marsh says that's not the main goal in Durham.