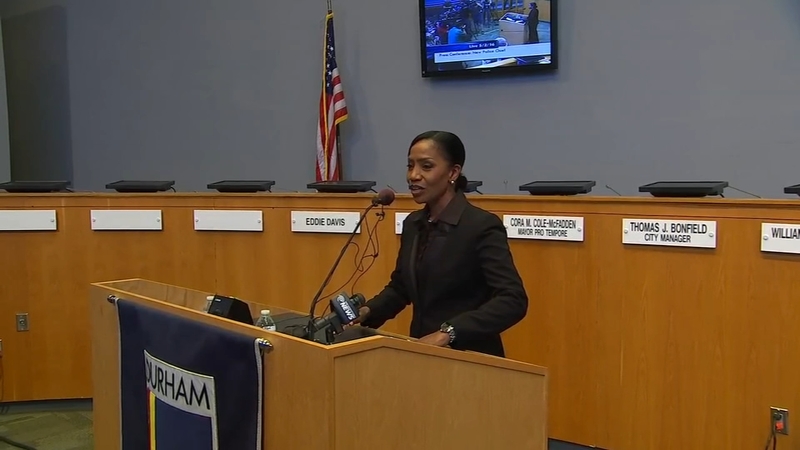 DURHAM, N.C. (WTVD) -- Durham police chief C.J. Davis is interviewing for the job of police director with the City of Memphis.

City of Memphis officials said they had planned to announce a new appointee before the city council on April 6 but decided to extend the timeline after Davis was added as a candidate.

The new hire would replace former police director Michael Rallings, who is retiring this month.

The City of Durham said the city manager was informed on Monday that Chief Davis was one of the finalists for the position.

Davis was hired as the Durham police chief in April of 2016.

Before that, she was Deputy Chief of the City of Atlanta Police Department.

"Deputy Chief Davis, during the course of her 30-year career, has demonstrated a broad array of skills and experience that will serve Durham well at this time. As we know, this is an extremely challenging time for policing, not only in Durham but also throughout the country," former Durham City Manager Tom Bonfield said at the time.
Report a correction or typo
Related topics:
durhampolice chiefdurham police
Copyright © 2021 WTVD-TV. All Rights Reserved.
More Videos
From CNN Newsource affiliates
TOP STORIES