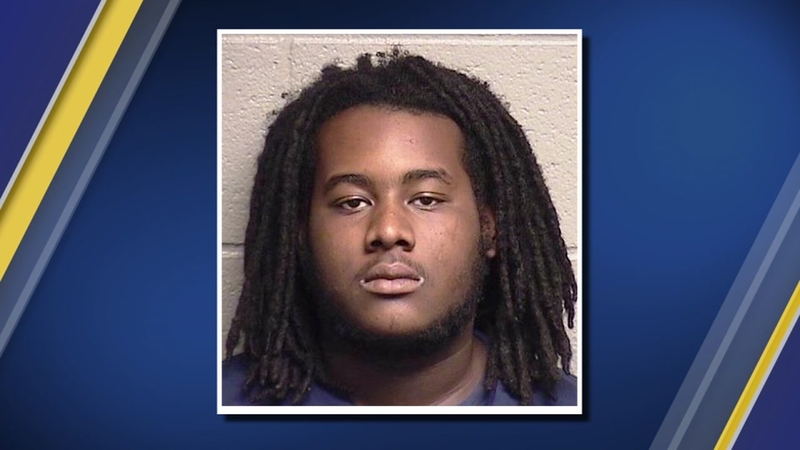 DURHAM, N.C. (WTVD) -- A 20-year-old man has been indicted in the fatal shooting at a gas station near SouthPoint Crossing shopping center last week.

Atom Divine Cameron turned himself in on Tuesday and was placed in the Durham County Jail under a $250,000 bond.

The shooting happened last Tuesday in the parking lot of the Circle K at 109 N.C. 54 Highway.

Officers responded to the shooting call at 2:19 p.m.

When they arrived, they found 29-year-old Colby Lucas with a gunshot wound. He was pronounced dead at the scene.

She said her son was not a troublemaker, but a young man thriving and happy after overcoming years of depression.


Her son, a father of two, was headed home Tuesday afternoon from work when he stopped at the gas station.

"He texts his fiancée to say he would be home by 1 p.m. By six o'clock we hadn't heard anything. That was abnormal," she said.

Rose learned about the shooting on the news. She said she doesn't know who would want to harm her son. She thinks the shooting is random.

"He's not really a confrontational person. He keeps to himself," she said. "His laugh, it will never be seen again. I wanted people to know he's an angel now. He's a good person. In the blink of an eye, he is gone."

Police have not said whether the shooting was random and have not released details about a motive.