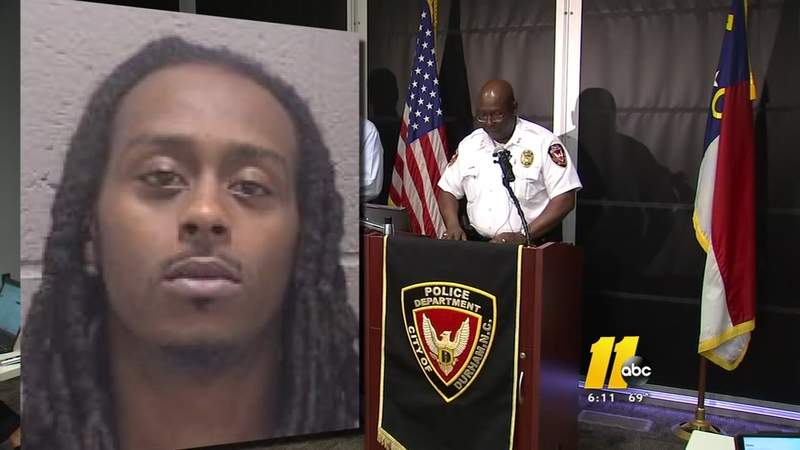 Arrest made in murder of Durham restaurant owner

DURHAM, N.C. (WTVD) -- Police have made an arrest in the death of a Durham restaurant owner who was shot and killed in his driveway earlier this month.

Hong Zheng -- owner of China Wok -- was attacked and shot to death in his driveway in the 4600 block of Carlton Crossing Drive on April 15.

Zheng, 42, and his wife, Shirley, had just closed China Wok for the night.

"It's a sad, horrible thing that has happened. And our condolences goes out to the family for that," said a woman who works nearby. She asked not to be identified. "We saw him walking across the parking lot going into his restaurant. It's very heart-wrenching to know we had just saw him that day and then that happened that night.

"I just hope justice is definitely served because he - he didn't deserve that," she added. "He was a very nice man, a family man and all. They were cordial to us."

Zheng's family said they believe he was targeted, following a string of robberies during the past few years.
"What do you get? Looking at how I'm lying here. What happened to my family," said a grief-stricken Shirley Chan, Zheng's wife, days after the shooting.

Police also charged Wiley with drug offenses from this morning's arrest - and two separate domestic violence cases. One in March of this year out of Wake County. The other - stemming from an incident last year in Durham.

Today - all that remains - an empty restaurant - temporarily closed. And a makeshift memorial - to the man many people loved and respected.

"It just hurts me that he's no longer here with his family," the anonymous worker said. "And I don't know why someone would be so heinous as to do something like that."
Report a correction or typo
Related topics:
durhamdurham countyarrestmurderdurham policeman killeddurham county news
Copyright © 2021 WTVD-TV. All Rights Reserved.
More Videos
From CNN Newsource affiliates
TOP STORIES