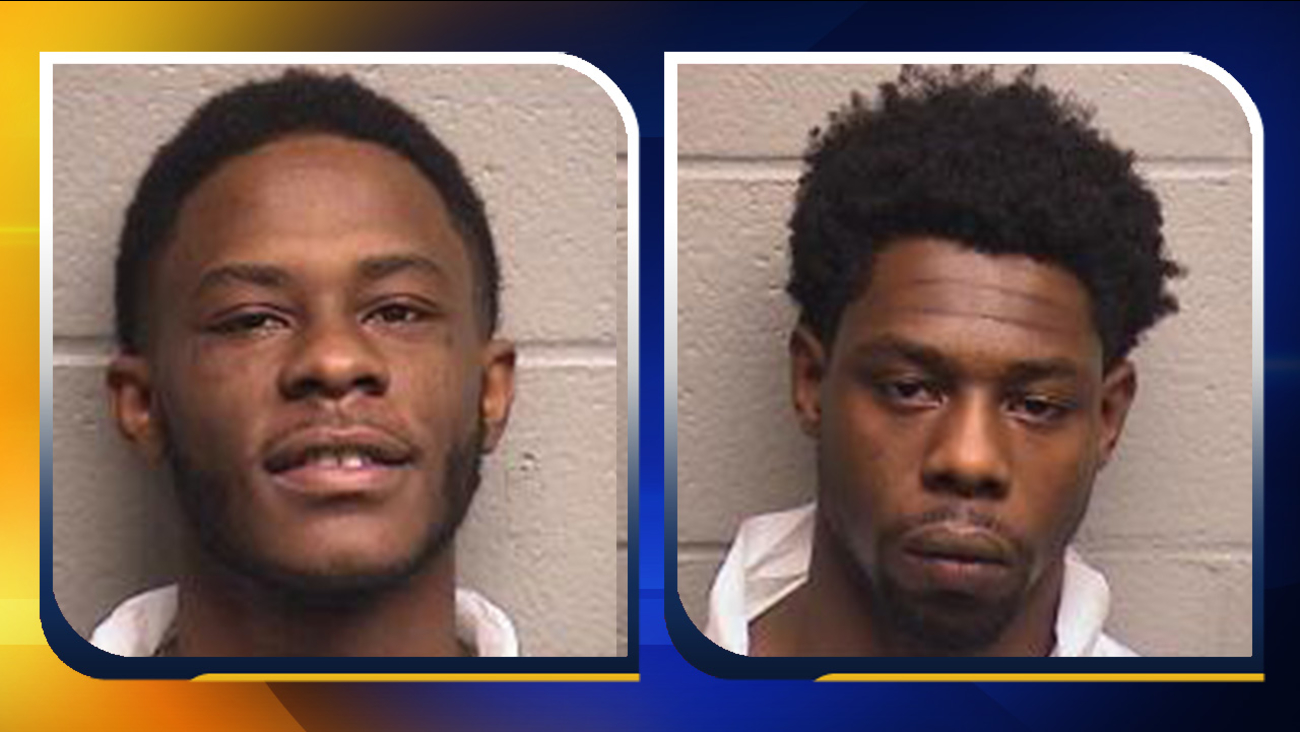 Frankie George Grimes, 23, and Marquize Jerrell Knight, 22, both of Durham, were arrested Thursday night following an armed robbery at a fast food restaurant.

Officers were dispatched to a robbery call at Subway at 2405 Durham-Chapel Hill Boulevard shortly after 9:30 p.m. on Thursday, March 22.

Employees told officers that two men with hoods pulled tight around their faces entered the business, jumped over a counter and demanded money.

Police said the men, who were armed with a gun, forced a female employee to the floor, took an undisclosed amount of cash and fled in a car.

A few minutes later, officers responded to a suspicious person with a weapon near the intersection of House Avenue and Chapel Hill Road.

Knight and Grimes were arrested on House Avenue. Officers recovered a gun and cash at the scene.

There were no injuries in any of the five robberies.

Knight and Grimes were also charged with committing the following robberies: