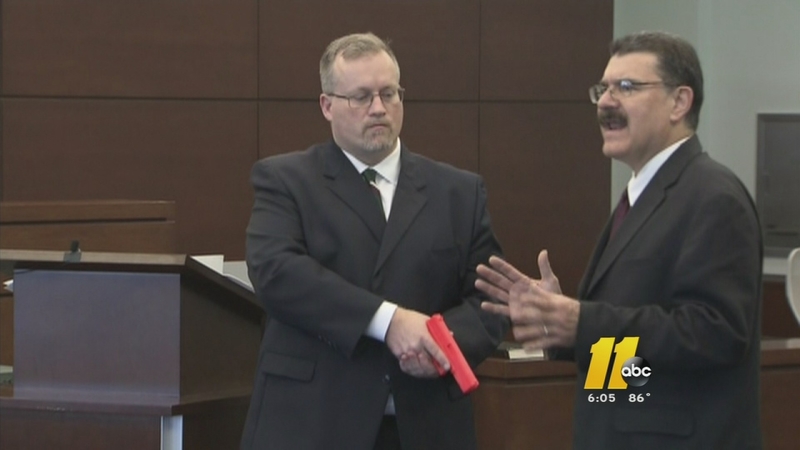 DURHAM (WTVD) -- The jury has begun deliberating in the case of a man accused of shooting a Durham police officer.

They went back to the deliberation room around 3:20 p.m. Wednesday to select a foreperson and then started deliberations. They left for the day at 5 p.m. and will get back to work Thursday morning.

It was a divided courtroom at the Durham County Justice Center earlier Wednesday for closing arguments in what some have called a politically charged case.

On one side, about a dozen uniformed officers supporting the alleged victim - Durham Police Officer Kelley Stewart - and on the other side, staunch supporters of suspect Carlos Riley.

The presence of uniformed officers was a cause for concern for the defense before the start of closing arguments.

Riley is accused of shooting Stewart during a December, 2012 traffic stop that turned into an altercation. He's also charged with robbery for allegedly taking Stewart's gun and assault.

His defense decided against putting forth any evidence after claiming throughout the almost two-week trial that Stewart shot himself in the leg during the struggle with the defendant.

The State took aim at the claim, asking that Riley's attorney Alex Charns not be allowed to mention other controversial cases against the police department that he's handled.

Instead, Charns declared that he rested his case on the Constitution, but was prohibited by the judge from mentioning the 4th Amendment in his closings.

He did, however, emphasize what he said was "missing evidence," and "missing witnesses" in this case.

"Don't you want to see the entry wound?" Charns said referring to the state failing to show photos of the gunshot wound.

ABC11 was at the scene shortly after the 2012 incident and captured a photo of the aftermath.

Officer Kelley Stewart is tended by paramedics minutes after suffering a gunshot wound in the Forest Point Apartment complex on Dec. 18, 2012.

Riley was indicted by a Durham County grand jury in early 2013 on several charges that stemmed from the Dec. 18th incident.

Authorities have said around 10:20 a.m. Officer Stewart stopped Riley, who was with two other men, near the Forest Point apartment complex on Forest Road near Guess Road and Broad Street. During a struggle, Stewart was shot in the leg.

During closing arguments Wednesday, Charns also cautioned the jury about the credibility of some of the state's law enforcement witnesses. He encouraged the jurors to consider the witnesses they didn't hear from and why Stewart didn't follow department policy when he failed to call in the traffic stop.

"It's understandable, they're a family and for most reasons that's a good thing, but it's not so good when someone puts their hand on the Bible and won't answer ... that's a problem. That's not family," he said. "We have a Constitution and it requires us to do right when you get up on the stand."

Riley's defense attorney is trying to raise reasonable doubt, telling the jury they should question why they weren't shown burn marks on Riley's hands if he held the officer's gun in the way the prosecution claimed. 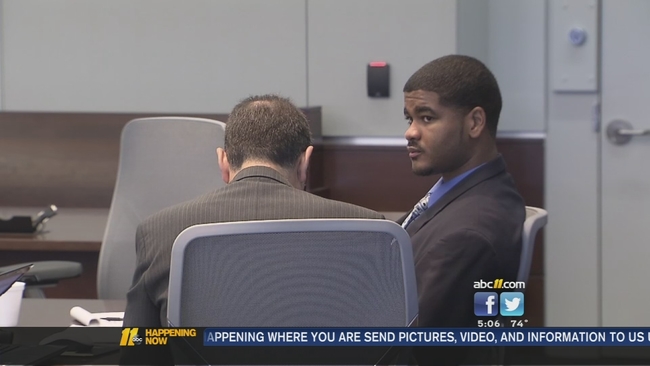 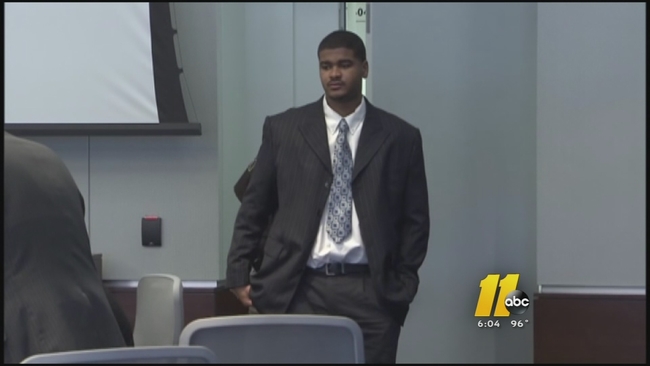