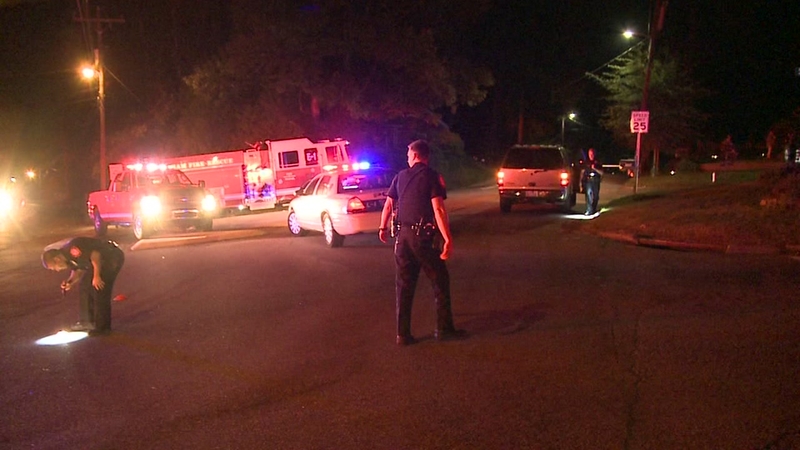 DURHAM, N.C. (WTVD) -- Police are looking for information in the shooting of a woman who was hit by a bullet while stopped at a red light in Durham earlier this week.

On Tuesday around 9:15 p.m., a woman was shot in the back while stopped at a red light on University Drive. She was taken to the hospital for treatment of serious but non-life-threatening injuries.

The woman, who has not been identified, was sitting in a white Jeep when it happened. She told officers she believed the shots were fired by two men on a motorcycle.

Officials say a grey Chrysler and a dark-colored sedan were also seen in the area when the shooting occurred.


RELATED: Arrest made in fatal shooting of 29-year-old man at gas station near SouthPoint

Anyone with information on the suspects or who witnessed the shooting is urged to call Investigator B. Crabtree at (919) 560-4583, ext. 29356 or CrimeStoppers at (919) 683-1200.
Report a correction or typo
Related topics:
durhamwoman shotshots firedshootingdurham county news
Copyright © 2022 WTVD-TV. All Rights Reserved.
TOP STORIES
Snow, sleet, freezing rain expected again this week
NC legislature votes to further delay primaries until June 7
Daniel Turcios shot 5 times after crash on I-440, RPD reports
'We can't get any more': Store struggles to restock shelves
Victim in fatal I-85 crash was just 3 months old
At least 2 Marines killed in rollover wreck near Camp Lejeune
Earnhardt Jr. to be inducted into NASCAR Hall of Fame
Show More
Raleigh man feels lucky to be alive after bullet found above his bed
2-year-old accidentally shot himself in Harnett County
Biden, 1 year in, says nation weary from COVID but in a better place
LATEST: NC COVID-19 metrics continue to set record highs
USPS free COVID tests begin, but doubts persist
More TOP STORIES News