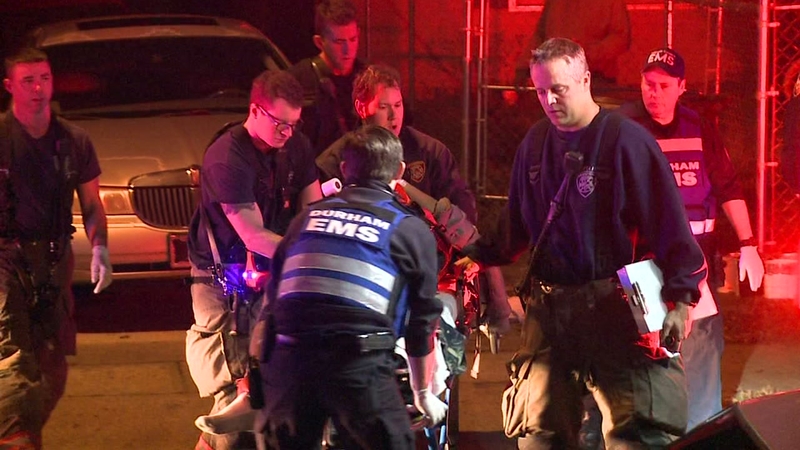 DURHAM (WTVD) -- Police are searching for suspects after shots were fired in two separate incidents near downtown Durham Tuesday night.

Two people were hurt in the shootings, according to police. Officers are working to determine if the shootings are connected.

The first shooting was reported just after 11 p.m. in the 500 block of Liberty Street. A man was shot, police said, but he is expected to recover. Officers told our crew on the scene the victim is not cooperating with investigators.

Officers said the second shooting happened about 10 minutes after the first, on S. Elm Street near Angier Avenue.

The man shot on Elm Street was rushed to the hospital and is said to have life-threatening injuries.

There are @DurhamPoliceNC officers investigating a shooting on Elm St. Victim's badly hurt, two suspects drove away in a dark sedan. #abc11 pic.twitter.com/Q7VZES9hF7