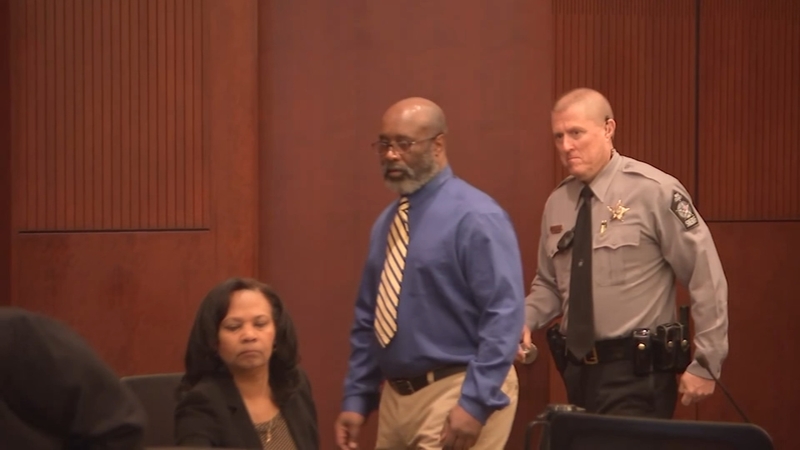 WAKE COUNTY, N.C. (WTVD) -- A plea deal has been accepted in the trial of a man accused of murdering a Cary grandfather in 2015.

Dwight Blount is accused of killing and robbing 72-year-old Luciano Andia in a parking lot on May 9 of that year.

Blount pleaded guilty to second-degree murder and robbery with a dangerous weapon. The deal includes a sentence of 306 months to 380 months in prison.

Andia's daughter, Jacqueline Rosciano, gave a statement after the plea deal was accepted.

"He could have just taken his wallet and walk away and not have to hit him 12 times," Rosciano said. "I don't understand how someone could be so evil."

Daughter of 72-yr-old Luciano Andia gives her statement after Dwight Blount accepts a plea deal for killing Andia back in 2015. “I hope that he will die in prison and never get a chance to hurt more people,” Andia’s daughter said. #ABC11 pic.twitter.com/WKpJIUbSSt

Andia's body was found just before 7 a.m. in a Dollar Tree parking lot off Highway 55. Andia worked at the store, according to a spokesperson.

Court documents showed that Andia sustained blunt force trauma to his face, skull and at least one of his hands. Investigators believe Blount attacked Andia as he headed to start his shift at Dollar Tree. It was believed to be a random robbery.