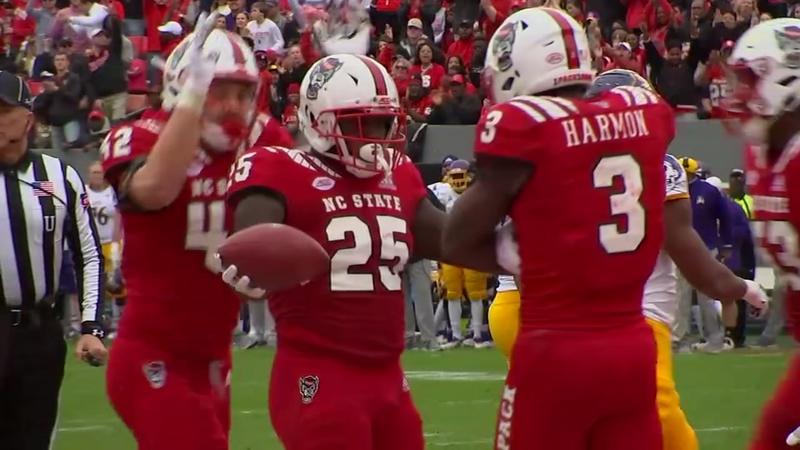 After the game, NC State head coach Dave Doeren said there weren't enough game balls to give out. Instead, they were dishing out records.

Reggie Gallaspy set the single-season record for most touchdowns scored with 19. He also rushed for 1,012-yards, marking the third season in a row the Pack has had a 1,000-yard rusher.

Dave Doeren believes @PackFootball should be in the top 25 and should play in an elite stadium after today’s dominant 58-3 win over #ECU and 9-3 record @ABC11_WTVD @PackAthletics pic.twitter.com/mNiFIiGyzo

Christopher Dunn set the single-season record for field goals made with 21.

This was Dave Doeren's first recorded win over East Carolina.

NC State is still awaiting its bowl game designation. Doeren said he believes State is a top 25 team and deserves an elite bowl.

The Pack has a chance to go for 10 wins in its bowl game. It would mark just the second 10-win season for the program.