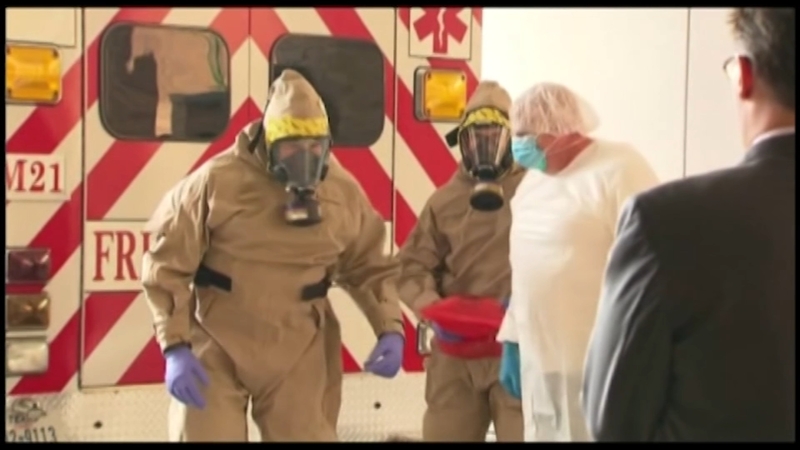 RALEIGH (WTVD) -- Now is the time to get prepared.

"What happens overseas can sometimes have impacts on us here," said Dr. Zack Moore, NC Department of Health and Human Services

Dr. Moore said the state of North Carolina continues to keep a close eye on an Ebola outbreak in the Democratic Republic of Congo.

"This is the second-largest outbreak of Ebola virus ever," Dr. Moore said.

The largest outbreak happening between 2014 and 2015, when we saw cases here in the United States. The virus is often fatal and transmitted from wild animals to humans.

Right now it's only showing up in a small region of Africa. But state officials said they learned from the last outbreak.

"That really highlighted the importance of being ready to respond in case that type of thing happened again," Dr. Moore said.

Dr. Moore said healthcare providers and emergency responders are updating their plans now just in case the virus somehow arrives in North Carolina. But he said at this point, the outbreak is slowing and people here shouldn't be overly concerned.