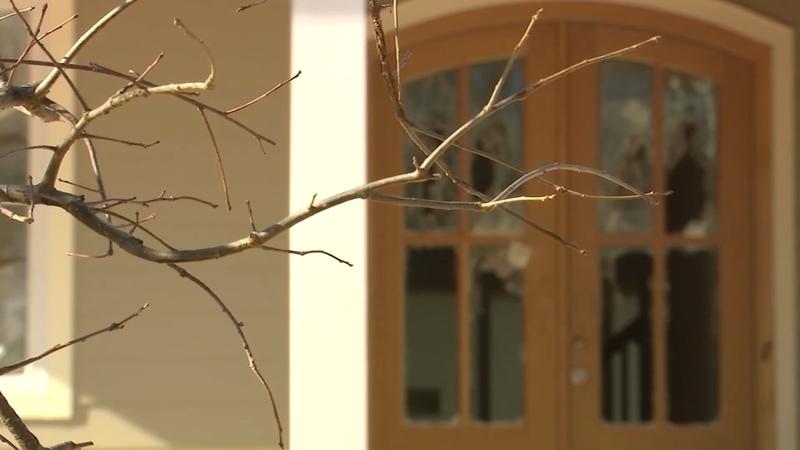 The incident happened sometime over the weekend at the Eden Ridge in north Raleigh.

Sage Built NC property manager Paul Kolb found one of their newly built homes with seven smashed glass windows, a damaged front door, and graffiti on the side of the house on Monday morning.

Shortly after police conducted their investigation, Kolb had the racially charged words removed.

A neighbor that lives right behind the targeted home said he awoke to officers on the scene.

After walking over to see what was happening, he saw "Go back to Mexico" and other expletives on the side of the vacant home.

That neighbor, who chose to remain anonymous, said he believes those words were targeting some of the workers of Hispanic descent that have been building the new community.

Eden Ridge had surveillance cameras but none of them caught the vandalism.

Kolb says the damages to the home will range somewhere between $7 to $8 thousand.