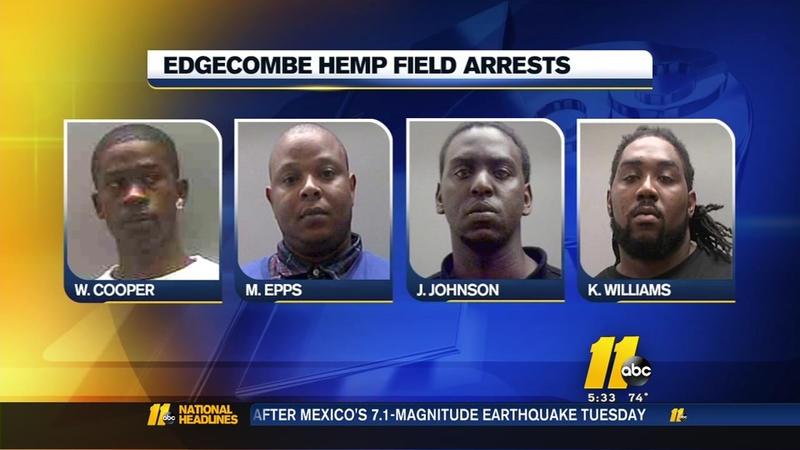 EDGECOMBE COUNTY (WTVD) -- The Edgecombe County Sheriff's Office has a message for would-be hemp thieves: it won't get you high!

"I would never in a million years think I'd be talking about this," said Sheriff Cleveland Atkinson.

That's after deputies have charged multiple people with stealing - or attempting to steal - hemp from a field.

Industrial Hemp is not marijuana. It contains less than 1 percent THC, meaning that it will not get you high like marijuana will.

The variety of hemp growing in a Rocky mount field is not for medicinal or recreational use, but industrial.

But authorities say nonetheless folks have been coming by and ripping plants out of the ground.

The Edgecombe County Sheriff's Office said that they will continue to monitor the hemp fields in the county and arrest anyone who trespasses.