On Wednesday, the UNC Board of Trustees voted to remove the names of Charles Aycock, Josephus Daniels, Thomas Ruffin Sr. and Carr from campus buildings for their ties to white supremacy. 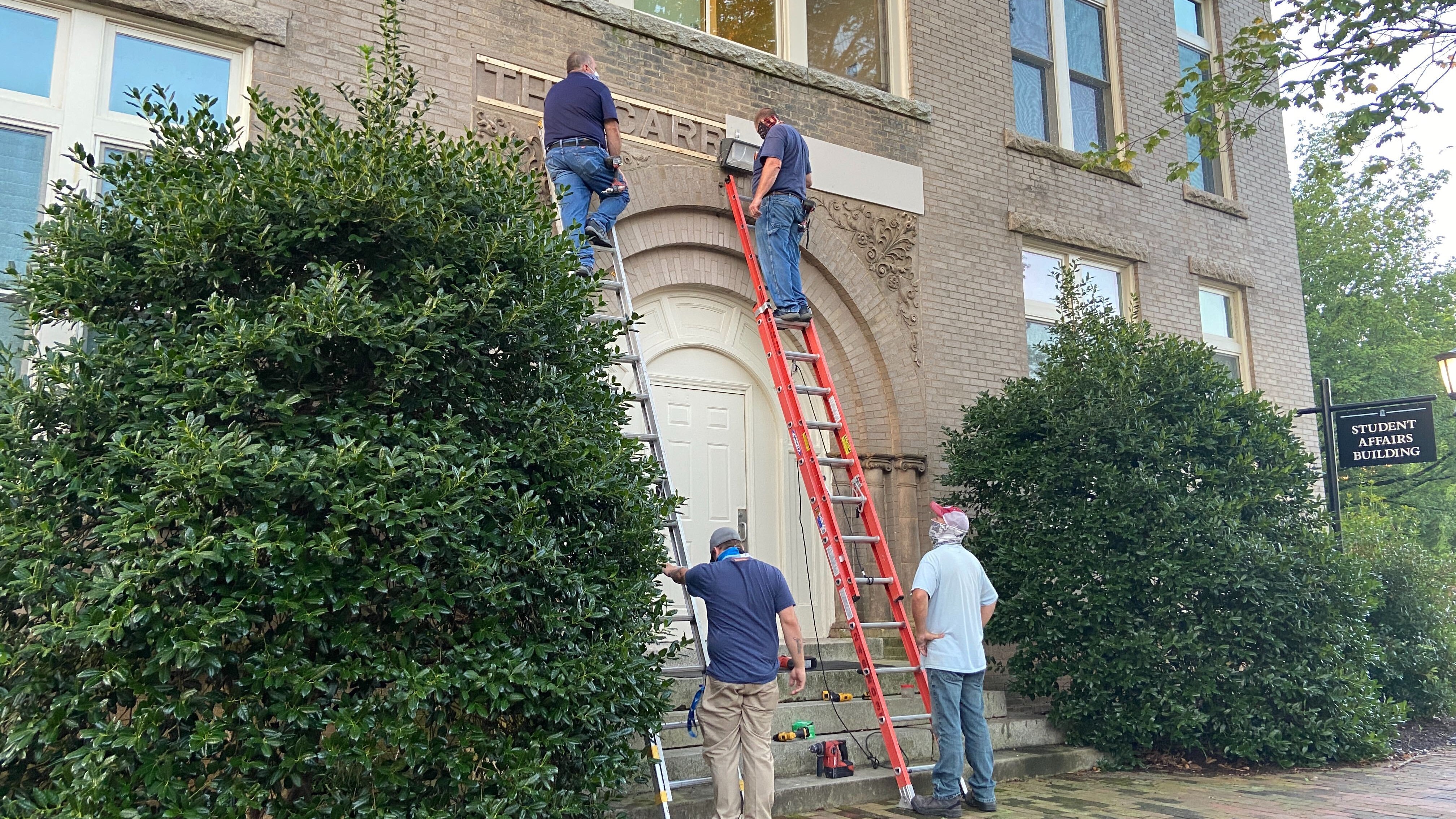 A worker told ABC11 the building signs will be covered up, instead of being removed. There are small signs that designate parking on Ruffin and Aycock and new signs are being made to replace those.

The Carr building opened in 1900 as a dormitory and was the first building on UNC's campus to be fully funded by one donor during their lifetime. It currently houses administrative offices. The town of Carrboro is named after him.