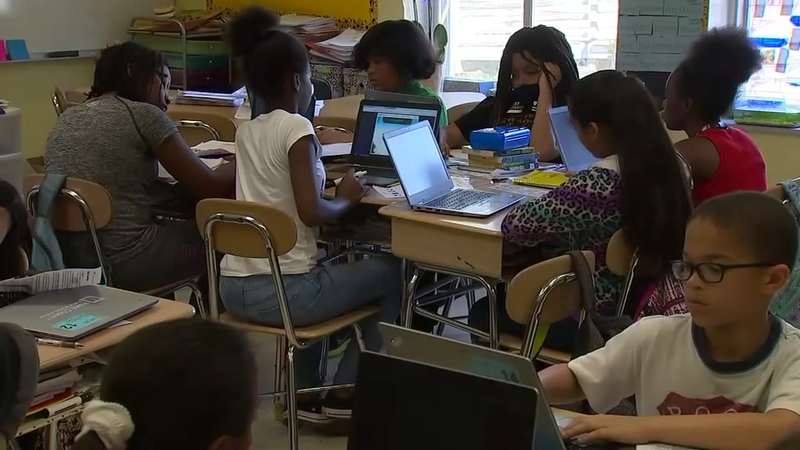 CUMBERLAND COUNTY, N.C. (WTVD) -- Most students would tell you that summer break is too short, but it could get even shorter, due to a request from Cumberland County Schools that would allow them to start before Aug. 26.

So far, Cumberland County is the only district asking for the change.

The extra days would be around for a rainy day. For example, Hurricane Florence kept students out of the classroom for more than a week, which left leaders scrambling to find makeup days.

"Last fall we had lots of inclement weather so some of our days were forgiven, but in some cases, if we've already taken these work days at the beginning of the year, we don't have that many throughout the semester. Then it's kinda like 'how do we make those days up?'" said Whitley.

"We don't even know if we're going to have another one do we? I understand what they're saying but that's planning for something that may not even happen," said one parent.

Cumberland County Schools said the earlier start would also allow high school students to take exams before the Christmas break, but local parents said it's not the winter break they're worried about, but summer.

"During the time that we have them for summer break we are usually off so having that extra time to spend with them," said Whitley.

There's no high school on post, so military families send their students to schools in Cumberland County. The two districts work hand in hand to streamline a calendar, but a mismatch could send Fort Bragg back to the drawing board or leave parents with students in two different districts in a balancing act.

For now, it's a game of wait and see.

The bill still has to be approved and from there school leaders would determine how to use the extra days throughout the year.
Report a correction or typo
Related topics:
educationcumberland countyschool boardstudentscumberland county schools
Copyright © 2021 WTVD-TV. All Rights Reserved.
More Videos
From CNN Newsource affiliates
TOP STORIES