WTVD
By Joel Brown
RALEIGH, N.C. (WTVD) -- When we last checked in on the restorative practices program at Raleigh's Greater Love Church, it was just getting underway.

It was billed as a community-led effort; a fresh new take on combating the problem of bullying in Wake County schools; a way to help to decrease drop-out and suspension rates by catching those students early by training parents and community members about the warning signs.

RELATED: Wake County focuses on new community approach to student discipline
Commencement came after spending two Saturdays a month since last December in what's described as hard and intense training for this group of concerned citizens who signed up to take on some of Wake County schools' most vexing issues.

"I think the thing that stands out most to me today, is the word love," West told the crowd.

Parent advocate Geraldine Alshamy organized the effort. She went to district leaders for help to create a community-led version of the restorative practices Wake schools was already using.

They brought in certified trainers to teach community members the principals of restorative justice circles -- sitting in circles to resolve conflict, recognizing trauma in children.

These community circles are aimed at de-escalating bullying and counter-acting the bad behavior that too often leads to suspensions. And learning how not to just talk but communicate.

"It's about restorative practices. It's really about learning to resolve conflict," Alshamy said. "In our schools, we have many of our teachers who don't understand our kids; kids don't understand our teachers. They don't know what's going on. Using circles is a way to resolve that conflict, to eliminate some of the bullying that's going on in our schools."
Not everyone supports the circles method.

In October, a Raleigh attorney for the group Parent for the Protection of Students sent a 5-page letter to the district -- demanding a similar program be stopped at Apex Middle School. The group argued the circles amounted to "group therapy" sessions and were Inappropriate for the classroom. WCPSS did not end the program.

"It gives us an opportunity to hear each other... to take off the mask and be real."
. . .
Wake Co parents and concerned community members spent the past 12 months training to help decrease bullying, suspensions, and dropout rate at Wake Schools.
This was graduation day. #abc11 pic.twitter.com/v48g554dqv 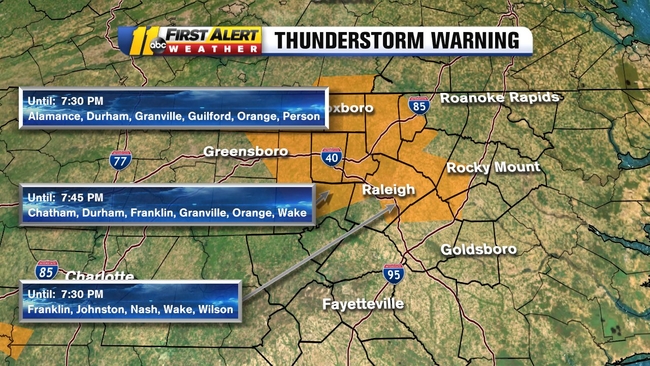