RALEIGH -- It's the last few days before many students in our area will be back learning again, many parents turning their homes into at-home classrooms.

Hajnalka Klieman and her husband have five children ranging in age from 6 to 16 who go to schools in the Wake County Public School System.

This week, they've been getting ready to start school virtually, like the district's nearly 162,000 students.

In addition to purchasing school supplies, the family has been clearing workspaces in their Apex home for remote learning.

"I'd like to try to keep the kids a little bit separated in case they do have to interact and talk with the teachers so they're not all sitting at the same table trying to talk to the teachers," Klieman said. "So we're trying to get a few different spots in the house ready for them."


"We do have desks for four of my five kids," Klieman said. "We got them all at thrift shops or on Facebook marketplace just over the years."

"I have my space to work," said 16-year-old Joey Klieman. "My brothers and sister, they have their spaces. But ya, It's going to be tricky."

He said they've been easing into the school routine.

Hajnalka Klieman's children are in elementary, middle and high school and have different schedules. Plus, she has her own schedule since she's a preschool teacher.

"As a parent, I try not to feel overwhelmed, even though I am, because I know that it is what it is and we're just all doing our best to make the best of the situation," she said.
Klieman has this advice for other parents trying to navigate virtual learning.

"Do your very best to stay positive because we're all trying to learn our way through a very difficult situation," Klieman said.

She recommends parents look at the district's technology guide. It has information on how to log into the district's portal and about the different platforms teachers are using.

RELATED: You asked, we answered: All of your back-to-school questions on internet devices, special education programs

Kiva Hall is a Raleigh mother of three.

Her children are getting ready to start Wake County Public School System schools virtually. She and her husband made sure each child has his or her own workspace in their home.

"We purchased larger desks for the kids because the desks we had previously really only fit the computers so we need computer and writing space," she said.

Hall said she's been getting her children to bed early to get them used to the school schedule again. She expects the district's virtual learning will be more rigorous than it was in the spring so she's trying to prepare her children for that.

"I think they'll have a bit of a rude awakening when it all starts the first day when they're having all these live meetings, things like that," Hall said. "They might be a little overwhelmed."
She said she did her best to support her children's virtual learning in the spring.

"In some instances, I'm learning what they're learning," she said. "I mean I haven't been in school for a lot of years. My older son, he was taking 8th-grade math. I don't really remember that. So I have to go and brush up on my skills as well."

Hall said she hired a tutor to help her children.

Jona Fitzgerald and her husband, Hunt, of Roxboro, have three children who go to Person County Schools. They'll attend school for in-person instruction two days a week and learn virtually the rest of the time. The district will provide each child with a laptop.

Fitzgerald said she wanted to make sure each child has their own workspace in their room for virtual learning. She said going back to school will give her kids some normalcy back.

"My only true concern is if there are parents who either send their kids not knowing that they're sick or send their kids to school when they have some symptoms," Fitzgerald said. "That puts the staff and the other students at risk. But I think if we all do the right thing and all follow the guidelines that were given, that it's as safe as it can be."

"I expect to see less people than I usually see," said Fitzgerald's fifth-grade daughter, Layla. She and her brother, Rhys, will go to Stories Creek Elementary. Class sizes there will be cut in half.
Report a correction or typo
Related topics:
educationwake countyperson countycoronaviruspublic schoolperson county newsreturn to learnonline learningwake county newswake county schools
RETURN TO LEARN 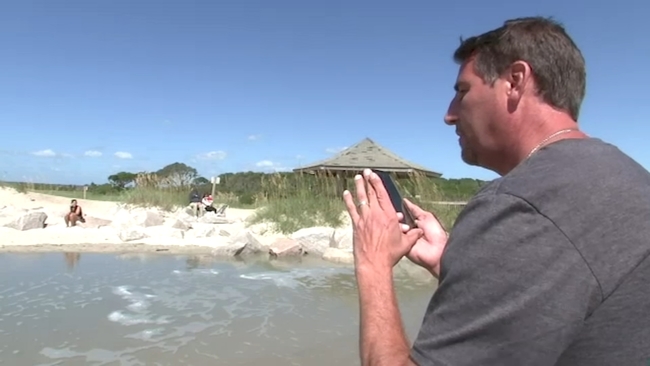 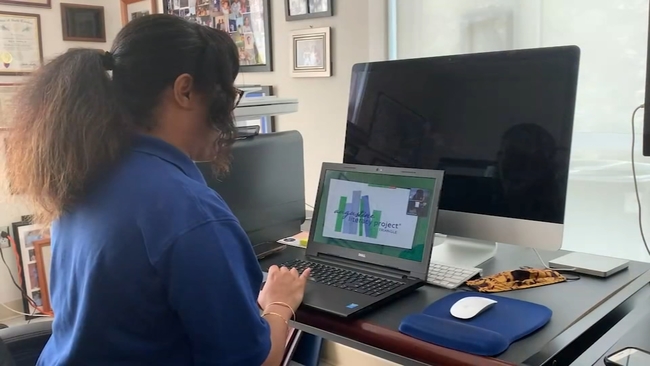