"I'm terribly excited and a little terrified," said Moore after the swearing-in ceremony.

Her family -- including her husband, two daughters and 87-year-old mother -- as well as close friends attended the ceremony Wednesday night.

“I told @NCCUAthletics no three times cuz I was so loyal to her.” @LeVelleMoton tonight on new @WCPSS superintendent @cmoore90 and her impact on him. She’s first female superintendent in the district. #ABC11 pic.twitter.com/02OVnQoC0K

LeVelle Moton, head basketball coach at NC Central, was one of them.

"She believes there's a unique ability and unique characteristic in every living soul, not just the ones that sit on the front row," he said. 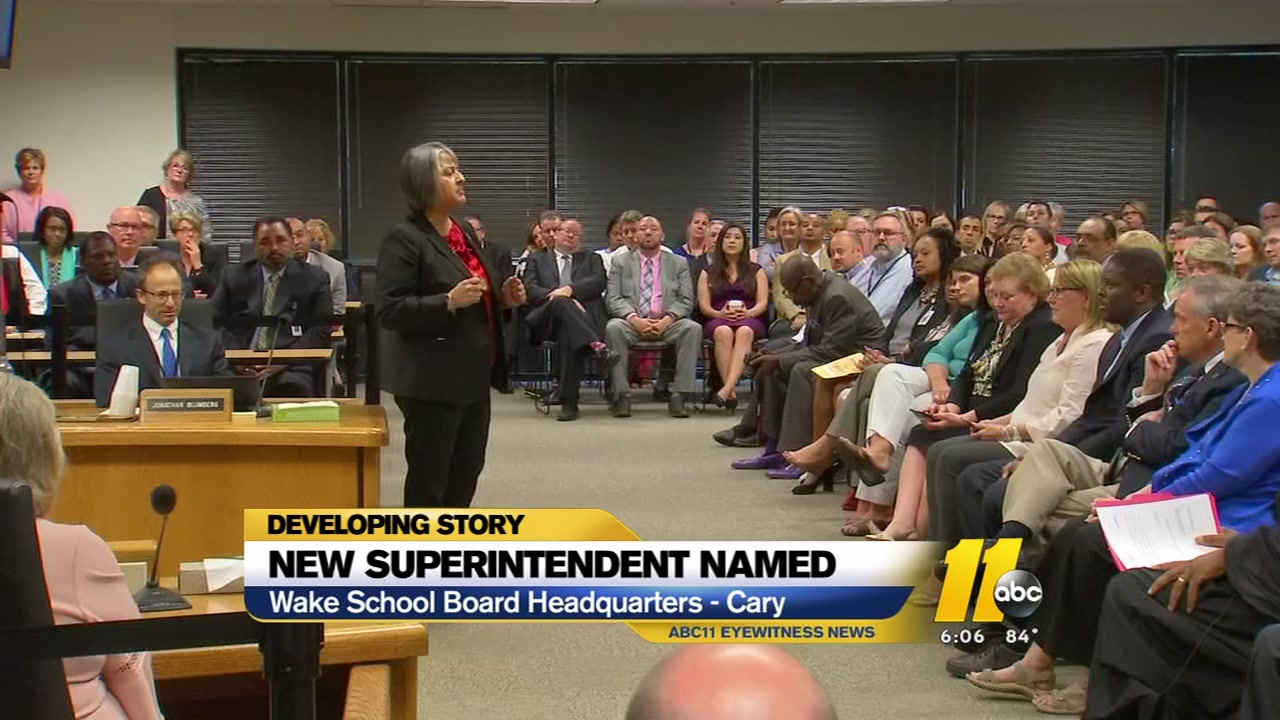 Moton was 15 years old when he first encountered Moore at Enloe High School. She was his French teacher.

"Y'all kind of see the polished product, which I'm grateful for, but I was kind of a lost soul who needed some guidance and help along the way," Moton said. "She took a liking to me, and I ended up in her French 2 class because I thought I knew French. I ended up flunking her class because the rule was you couldn't speak English in the class and I didn't know how to ask to go to the bathroom."

After Enloe, Moton starred at NC Central in college. He played overseas and came back to Wake County where he found a job as a middle-school coach. High school was harder to come by, however.

“She believed in me when no other high schools would call me back.” Tonight head basketball coach at @NCCUAthletics @LeVelleMoton talks about the impact now @WCPSS superintendent made on his life. #ABC11 at 6. pic.twitter.com/dGT8fRS5QL

"I applied to every high school in Raleigh and all of them declined, and she just called me out of the blue and she said, 'I believe in you,'" Moton said. Moore at the time was the principal at Sanderson High School.

Moton said he got a "59" in her class -- something he called a high "F."
Report a correction or typo
Related topics:
educationraleighwake countyeducationnccu basketballwake county newsfeel goodwake county schools
Copyright © 2020 WTVD-TV. All Rights Reserved.
RELATED 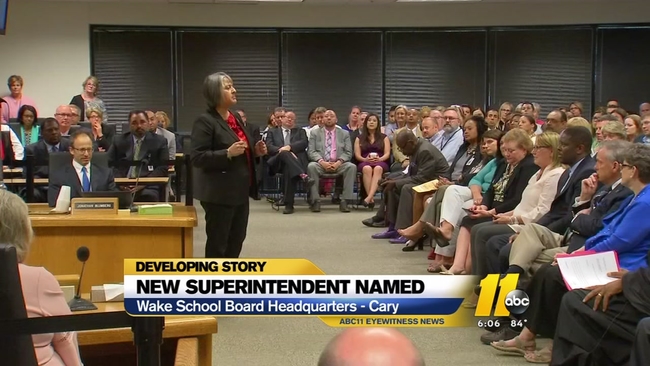