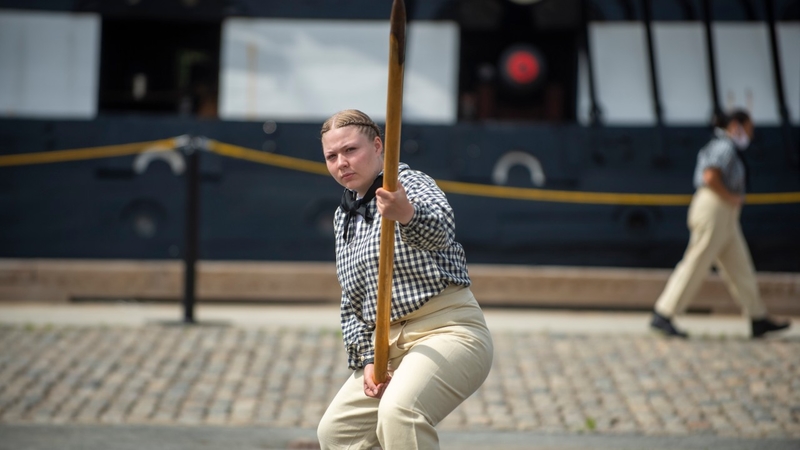 BOSTON (WTVD) -- A Raleigh native serving in the Navy has earned her historian qualification for the world's oldest commissioned warship.

Logistics Specialist Seaman Patience Jones, a 2019 graduate of East Wake High School, has served in the Navy for 9 months.

Her first duty station is the USS Constitution. That ship played a crucial role in the Barbary Wars and the War of 1812. It was given the nickname "Old Ironsides" during the war of 1812 after British cannonballs were seen bouncing off the ship's wooden hull.

The USS Constitution actively defended sea lanes from 1797 to 1855. It was undefeated in battle and captured or destroyed 33 enemy vessels.

Jones earned her advanced interpretive historian qualification for the ship on Sept. 2.

That means she has learned all aspects of the ship's design, life, and military service.

"It was stressful and nerve racking, but I set a goal and reached it," Jones said.

Jones can now lead public tours and serve the more than 600,000 people who visit the ship in Boston each year.