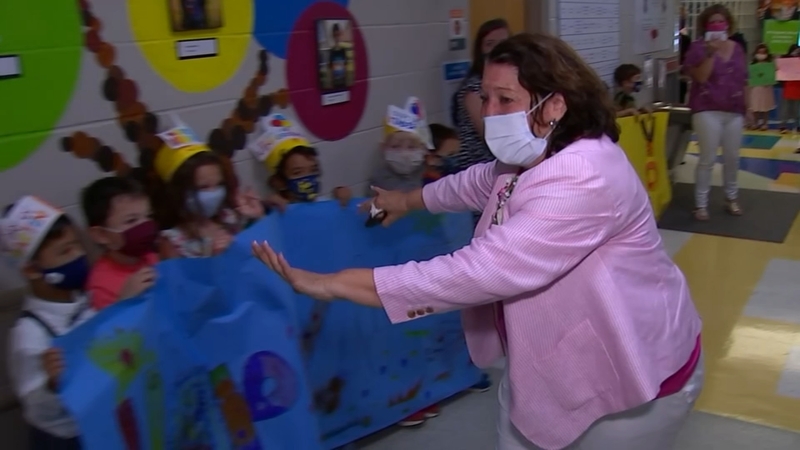 RALEIGH (WTVD) -- Hundreds of students, staff, and parents lined the halls grounds and halls of A.B. Combs Magnet Elementary in Raleigh for a big celebration in honor of retiring Principal Muriel Summers as the school year comes to a close.

Summers will retire in July 2021 with 43 years of service to public education.

She has served as principal of Combs Magnet Elementary since 1998 where she created the first leadership elementary school in the nation modeled after Franklin Covey's '7 Habits' program.

Under Summer's leadership, Combs won dozens of national awards including The National Magnet School of America award and the Lighthouse Recognition Award from Franklin Covey. Summers co-wrote a book, The Leader in Me as her school model has been adopted by more than 5,000 schools in 50 countries.

"If I did anything right as a school principal, it was to assemble the most talented creative loving compassionate people you would find anywhere in this world who are smarter than me," Summers said during a celebration in her honor. "And, because of you, this school is the school that it is."

During the surprise celebration, Summers was presented with a specially commissioned art piece, a lighthouse sculpture dedicated to her for lighting the way for so many. Raleigh Council member Stormie Forte also read a Proclamation from the Mayor declaring June 10, 2021, Muriel Summers Day while Combs choir, the Globetrotters performed and students lined the halls giving her a clap out and lots of hugs.