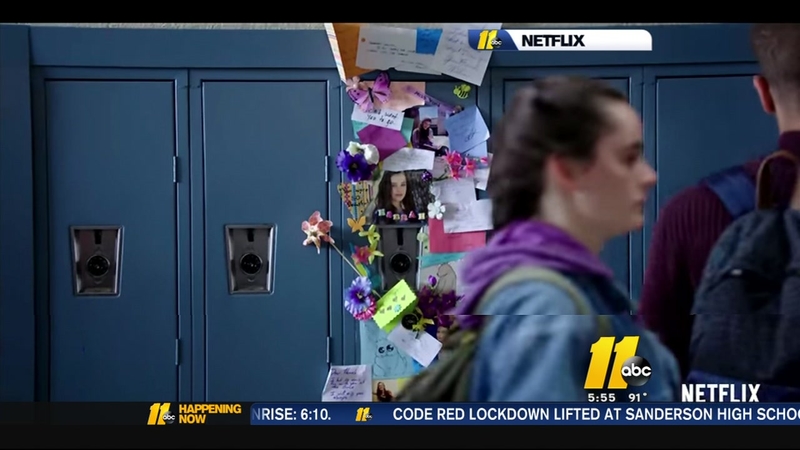 How to talk to your kids about '13 Reasons Why'

Many teenagers have already watched the popular Netflix show "13 Reasons Why," have heard about it, or are asking questions about it and that's why local school districts are warning parents.

On Friday, season 2 of the miniseries, based on a fictional account of a teen who died by committing suicide, was released on Netflix.

The first season of the series, which is rated TV-MA for mature audiences only, followed high schooler Hannah Baker who committed suicide.

She left behind cassette tapes for the show's characters and the audience to figure out what led to her death.

In a letter sent home to all Wake County Public School parents on May 4, the district warned that Netflix has not confirmed storylines for season 2, but that possible storyline set up at the end of season 1 include:

While the district applauded the show's attempts to discuss weighty topics such as bullying, cyber-bullying, assault, rape, and suicide, it said aspects of the show went against recommendations of mental health professionals and suicide prevention models.

In its letter to parents, WCPSS encouraged parents of children who've already watched the miniseries to watch it again, together and discuss the issues that are raised.

Wake County schools also warned parents about the first season of the show.

13 Reasons Why from Netflix