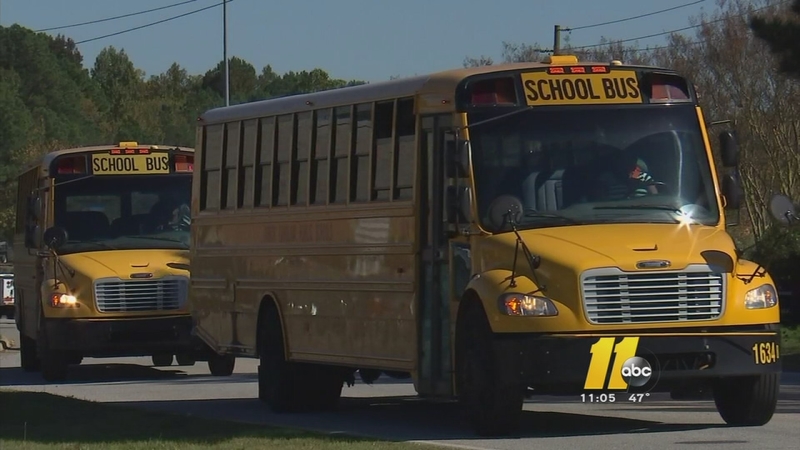 WAKE COUNTY, N.C. (WTVD) -- Phone calls and tips poured into ABC11 all Friday afternoon about Wake County bus drivers taking a stand against the school district by essentially walking off the job and refusing to drive their routes.

The school system posted on their website that transportation staff worked to minimize the length of bus rides.

The last group of students arrived home around 6:30 p.m.

Parents learned about the strike through automated phone calls.


Kathy Bloom told ABC11 she got the notification and called her son's school for more information.

On social media, several parents complained the calls came too late to make other arrangements. More than 70 schools in five main districts felt the impact. Substitute drivers and administrators filled in where they could.

@WCPSS Why did you wait until after dismissal to notify parents about the bus delay? We could have made other arrangements.

@WCPSS why did you wait so late to notify parent? I could have made arrangements if I knew earlier!!

Some drivers have complained to ABC11 over the last month that Wake County School cut their hours, making it hard for them to make a living and pay their bills. On Friday, some drivers said the recently approved 3 percent pay raise they were expecting did not show up in their paychecks.

"We're upset and some of us did not feel like driving. Too upset to drive. We had some bus drivers crying today," said driver Spencer Jenkins.

Jenkins said it comes down to financial survival. Many of his co-workers started feeling the pinch when their hours were cut.
"Bus drivers are sleeping in their cars because they're getting evicted from their apartments," he said. "It's very hard to pay bills."

"There was a processing error in our payroll system so less than half of our transportation employees did not receive a three percent pay increase on their paycheck today that they were supposed to get," said Heather Lawing, WCPSS spokesperson.

WCPSS said it would begin issuing the corrected checks or direct deposit to drivers affected next week.

Jenkins said while drivers never wanted to put students in the middle, taking a stand against the district was their only option.

"I'm quite sure we will do this again if we don't get what we're asking for. A lot of us are just ready to not come back to work," he said.