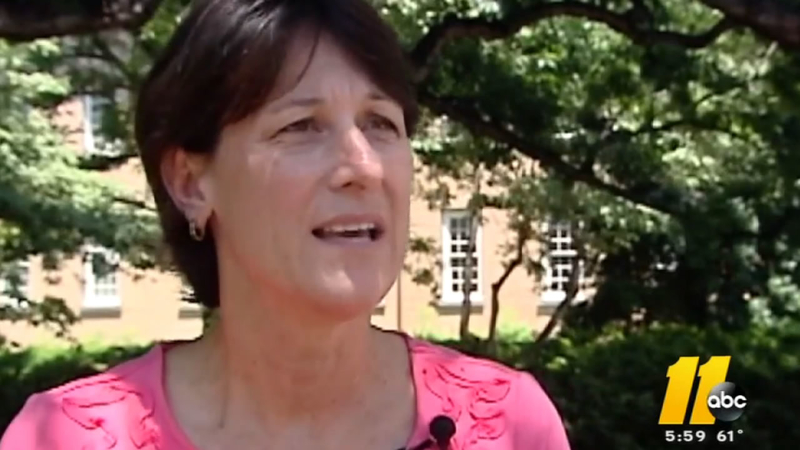 RALEIGH (WTVD) -- Following a hearing Monday, a judge has denied a motion by UNC lawyers to move Mary Willingham's case against UNC Chapel Hill and some of its leaders from federal court in Raleigh to one in Greensboro.

The former learning specialist who questioned the literacy level of athletes at the University of North Carolina at Chapel Hill and said the school had committed academic misconduct amended a civil lawsuit filed against the school last week.

UNC asked a judge to move the case from the Eastern District to the Middle District for the sake of convenience and other factors. Willingham did not attend Monday's hearing. Both her attorney and UNC declined to comment after the hearing.

In the lawsuit, Willingham said she was demoted and the school retaliated against her after she raised concerns such as low reading levels for athletes and the existence of "paper classes" requiring only one research paper at semester's end. She said those classes helped keep athletes eligible.

Willingham seeks reinstatement and damages of at least $10,000.

Willingham first became a household name about two years ago when, in published CNN reports, she claimed some student-athletes she worked with could not read and write at anything close to a college level.

In her lawsuit, Willingham claims she was ostracized, harassed, demoted, and reassigned for whistleblowing. She later resigned.

In CNN's initial stories, Willingham said her research showed that between 8 and 10 percent of UNC basketball and football players were reading at below a third-grade level.

UNC later responded, saying it had commissioned independent experts to review Willingham's work and found flaws in her claims.

Since the suit was first filed, UNC released a report by former federal prosecutor Kenneth Wainstein on his investigation of alleged academic fraud involving student athletes at the university.

The report covered various academic irregularities, including the so-called "paper classes" within the African-American [AFAM] studies department where students did not attend classes and turned in a paper for a grade at the end of the semester.

Willingham has written a book with UNC History Professor Jay Smith titled "Cheated: The UNC Scandal, the Education of Athletes, and the Future of Big-Time College Sports." It is due out in March.