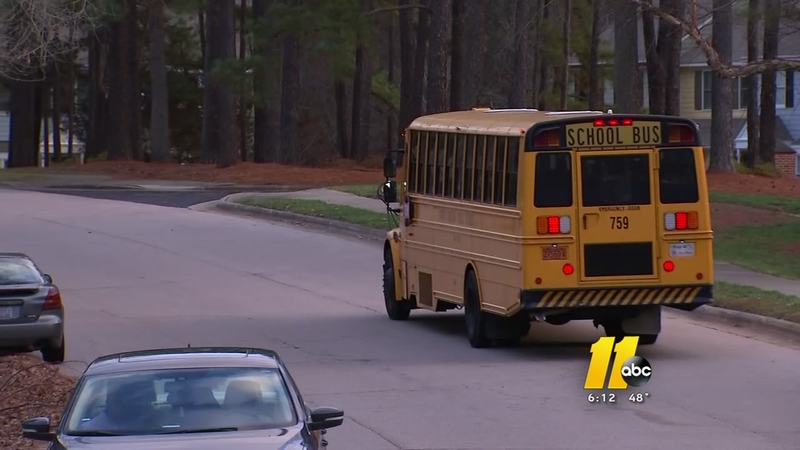 The Wake County School District admits several elementary school students were dropped off at the wrong bus stop half a mile from their usual spot Monday night.

Parent Whitney Boone reached out to ABC11 and says she found the kids walking down the street Monday night.

By the time she reached her 6-year-old, he and his friend were crying.

"They have friends that got off the bus, that were in first grade with them, and they didn't know if they made it home safe," said Boone.

The incident happened along Jacqueline Lane in North Raleigh.

WCPSS says the bus driver was a substitute, was running the route for the first time, and got mixed up.

The district says bus drivers don't have a list of what students get off at which stops.

Boone says the kids knew the drop-off was wrong, but told the bus driver they recognized the neighborhood. Mom says the driver should have known better.

"As an adult, I just don't understand how you can allow kids to get off the bus just because they told you they knew where they live at. My six year old tells me lots of things," Boone added.