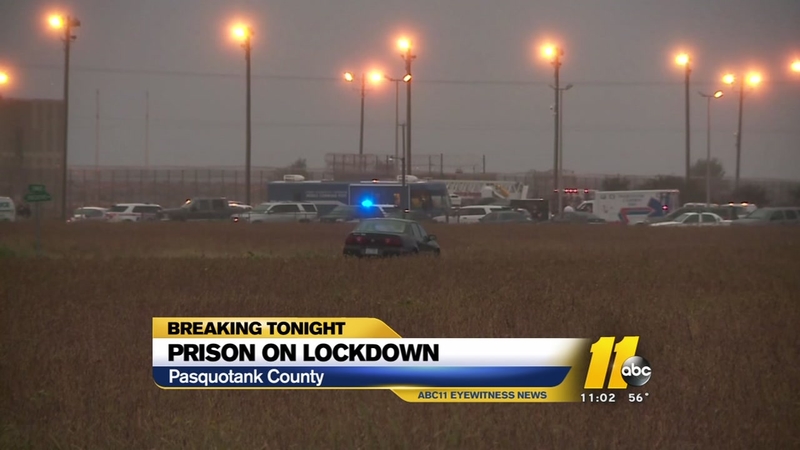 The prison has been on lockdown since an inmate escape attempt on October 12 that resulted in the deaths of two employees.

Ten other prison employees were injured.

Members of the Prison Emergency Response Team from other state prison facilities, along with other support staff, are providing assistance to the Pasquotank prison staff.

The Pasquotank County Sheriff's Office, along with the State Bureau of Investigation, continues to investigate the incident.