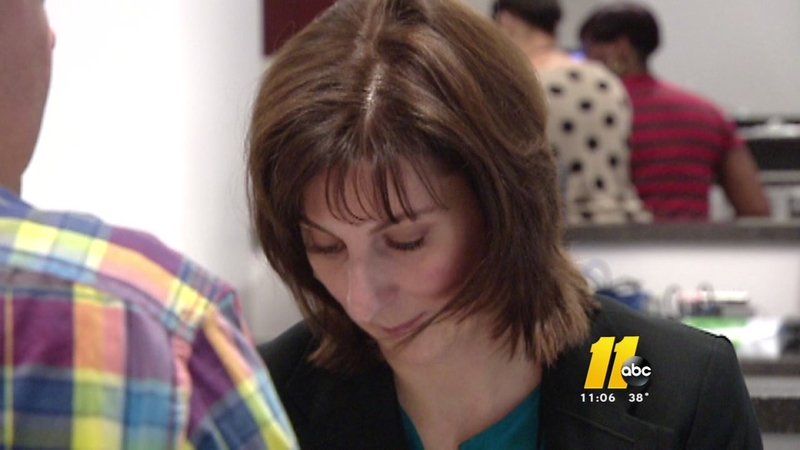 Former Wake Register of Deeds turns herself in to authorities

WAKE COUNTY (WTVD) -- Selling furniture and cash gifts from a friend with no name are some of the ways public officers indicted for embezzlement tried to explain the extra cash in their bank accounts.

Newly released search warrants in the case of $1,100,000 stolen from the Wake County Register of Deeds office show where investigators think the bulk of that cash went.

An affidavit by SBI Special Agent T.H. Forsythe said a search of two personal banks accounts belonging to former Register of Deeds Laura Riddick shows she deposited $875,365 between August of 2010 and January of this year all in cash.

The 51-year old turned herself in to authorities Wednesday morning after being indicted by the Wake County Grand Jury on Tuesday.

Riddick was booked on six counts of embezzlement by a public official.

She appeared before a magistrate at the Wake County Detention Center Wednesday morning and was released on a $700,000 secured bond set by Superior Court Judge Rebecca Holt.

Riddick was also ordered to surrender her passport to Wake Clerk of Court.

She is one of four people indicted for allegedly stealing from the Wake County Register of Deeds office.

A search warrant showed she initially explained to investigators that she was getting cash from her mother, son and a friend she wouldn't name. She then ended the interview.

His search warrant shows when investigators asked him where the extra cash in his account came from, he said he had sold furniture and a treadmill.

Wake County District Attorney, Lorrin Freeman, said Riddick is the one who could serve jail time. The search warrant about her involvement in this pointed out that she would be the first to count the cash at the end of the day and she would do so alone in her office.

"I think the county stepped in early when the information was brought to them, there is a new Register of Deeds, he has worked diligently to try and make sure that processes within the office are controlled by audit procedures and that future loss is not possible," Freeman said.

In 2017, Riddick stepped down from the position, citing health reasons.

MORE FROM ABC11: Why driving with this light on could be dangerous