20 tornadoes reported in the Carolinas as Hurricane Dorian nears coast, one touches down at Emerald Isle 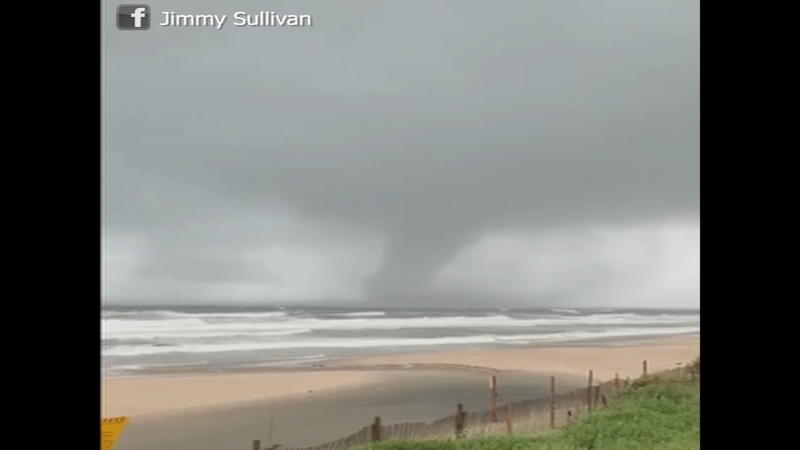 Tornado off the coast of Emerald Isle

EMERALD ISLE, N.C. (WTVD) -- Twenty tornadoes have been reported in the Carolinas Thursday morning as Hurricane Dorian approaches the shore of North Carolina. Emerald Isle experienced a tornado Thursday, damaging homes and property as Dorian started to impact the coast.

Shortly after 9 a.m., the town's Twitter account posted some photos of serious destruction to homes just off Highway 58.

Shortly after 9:00 am Thursday, Emerald Isle experienced a water spout / tornado. There is property damage in the vicinity of Islander and Reed Drives. Boardwalk RV Park suffered the most severe damage. No injuries are reported at this time.https://t.co/unIhvGtGdW pic.twitter.com/mcj7INHvWS

Several modular homes were seen badly damaged around Islander Drive and Reed Drive. A nearby RV park sustained substantial damage. There were no injuries.

The National Weather Service confirmed at 11 a.m. that a tornado caused the damage at the RV park.

Allen Saunders, who witnessed the Emerald Isle tornado, spoke to ABC11 about what he saw.

RELATED: How tropical storms and hurricanes can cause tornadoes

Getting some pictures into the office of the damage in Emerald Isle, NC caused by a tornado around 9 AM this morning. We thinking of those that have suffered damage. PLEASE have multiple ways to receive warnings the next 24 hours! pic.twitter.com/UbU68ww4V4

Thursday evening, the center of the storm is expected to pass Myrtle Beach, with gusts potentially reaching near 75 mph.