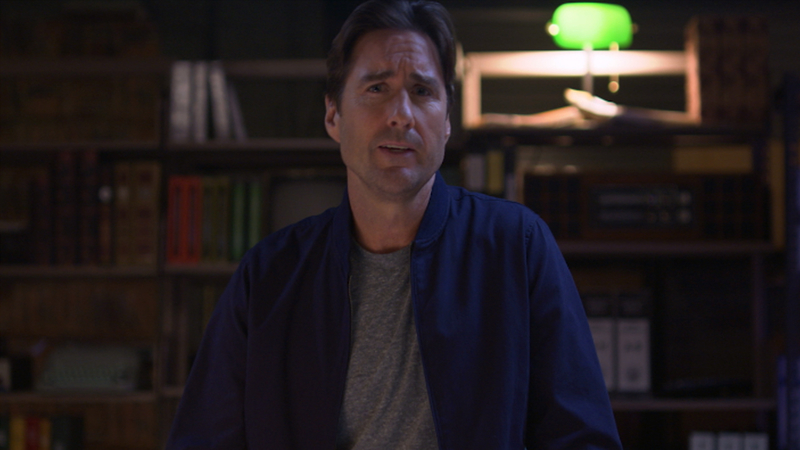 The series documents the first few crucial minutes of emergencies told through the experiences of 911 call takers.

Viewers will wait to see help arrive and the amazing strength that the operators have when dealing with people during some of the most trying times in their lives.

"Growing up in Dallas, my favorite section of the newspaper was always the metro section from the age of about 10 on , that was the one that dealt with the crime, car crashes, flood, or bar fights," Wilson said. "As I became an actor, I got to do police ride alongs and meet firefighters and EMT workers, but I never had the chance to research or go into call centers and meet call takers and that really was the most interesting thing I've never done."

This week, call takers from Austin, Texas; New Orleans, Louisiana; and Wasilla, Alaska, receive calls that will keep you on the edge of your seat!

You will relive the frightening pleas of a woman whose car was stolen with her child in the backseat; a terrified 9-year-old who performs CPR on her grandfather; teenage hikers fending off a potential bear attack; and a man lost in the woods for hours with barely any battery life left on his phone.

"A lot of times, people are incredibly upset so they have to help calm people down or stay on the line with them until the paramedics get there, so it's pretty unbelievable what they do," Wilson said.

Don't miss the series premiere of "Emergency Call," airing Monday, September 28 at 10 p.m. EDT on ABC. Episodes can also be viewed the next day on demand and on Hulu.

When you answer the call, anything can happen. ☎️ Luke Wilson hosts #EmergencyCallABC, next Monday after #DWTS. pic.twitter.com/h32zfJO6wN