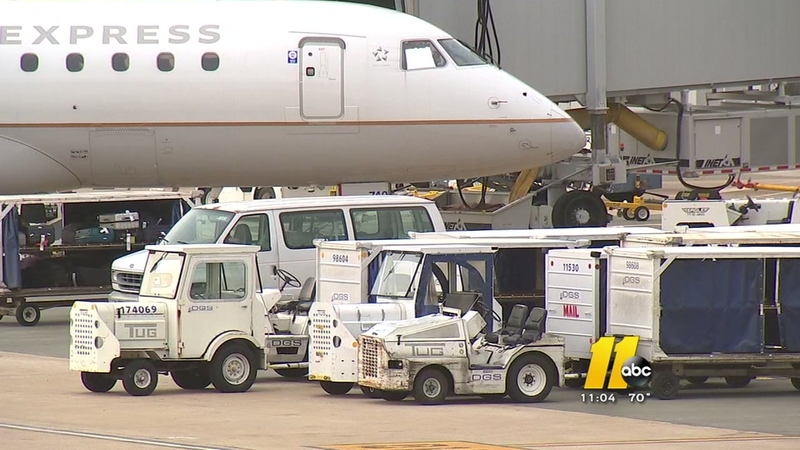 The plane diverted to Raleigh-Durham International Airport because of a strong electrical smell onboard, RDU spokesman Andrew Sawyer said.

Upon landing, the crew requested medical assistance for nine people on board.

Three crew members were taken to area hospitals and six more were checked out on scene but declined further treatment.

It wasn't immediately clear how many passengers were on board.

"Flight 1889 from Charlotte (CLT) to Hartford (BDL) diverted to Raleigh-Durham (RDU) due to a mechanical issue. The flight landed safely without incident at 5:01 p.m. Maintenance is currently evaluating the aircraft, an Airbus 320. We apologize to our passengers for the inconvenience and will get them on their way as soon as possible."

Shortly after 11 p.m., the plane remained at RDU continuing to undergo investigation, as the airline kept pushing back departure times.

Finally, American decided to summon another aircraft for those passengers. As midnight approached, the passengers were still waiting to take off.