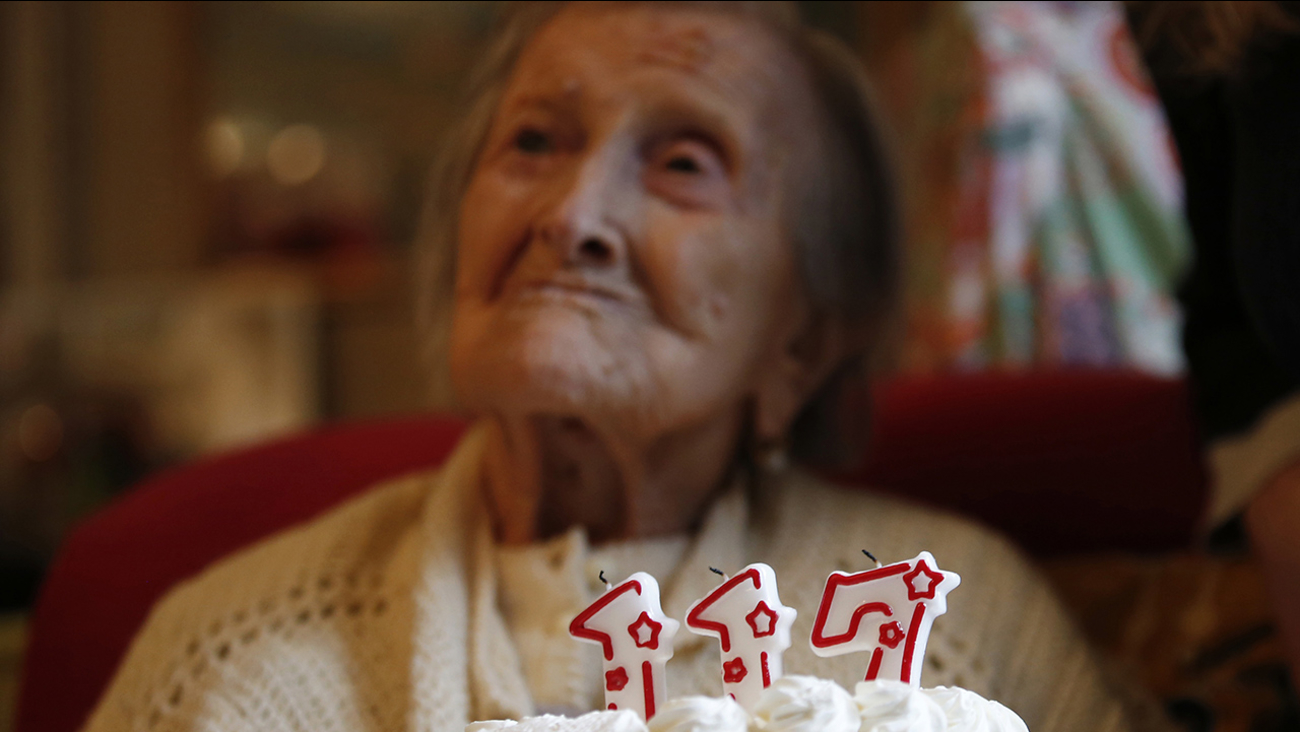 Emma Morano is pictured behind a cake with candles marking 117 years in the day of her birthday in Verbania, Italy, Tuesday, Nov. 29, 2016. (AP Photo/Antonio Calanni)

ROME -- An Italian doctor says Emma Morano, at 117 the world's oldest person, has died in her home in northern Italy.

Dr. Carlo Bava told The Associated Press by telephone that Morano's caretaker called him to say the woman had passed away Saturday afternoon while sitting in an armchair in her home in Verbania, a town on Lake Maggiore.

Bava said he had last paid his nearly-daily call on Morano on Friday. He says "she thanked me and held my hand" as usual.