Eno the emu dies during capture attempt in Orange County 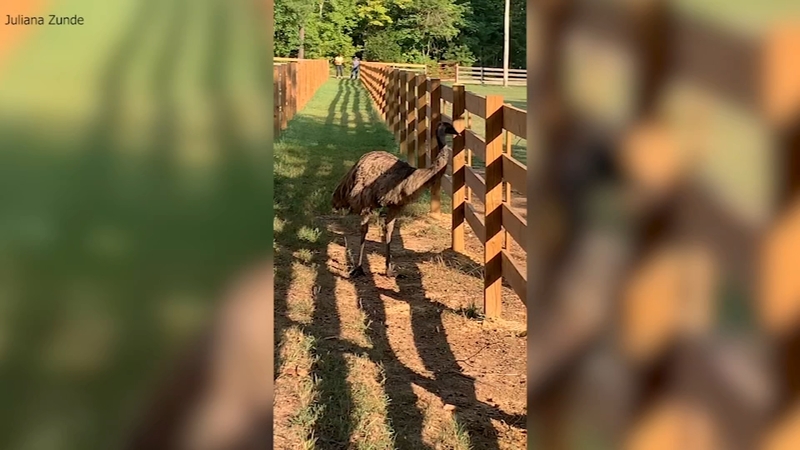 ORANGE COUNTY, N.C. (WTVD) -- In an attempt to capture and relocate, an emu missing out of Orange County since June, has died, according to Orange County Animal Services.

Eno the emu died after officials tried relocate the animal to a sanctuary in Orange County.

"We had hoped for a better outcome," said Orange County Animal Services Director Bob Marotto, whose office had fed and cared for the bird for weeks and consulted with outside experts to formulate a plan for its capture.

"We did all we knew to do. We consulted with zoo experts to determine the best course. Unfortunately, she did not respond to our efforts."

The plan, developed in conjunction with a board-certified avian veterinarian and two specialists from the N.C. Zoo, who were present throughout the attempt, involved sedating the bird to make it easy to transport it.

The bird did not respond to the low dose of sedatives, Marotto said, but eventually suffered an event while being restrained and died.

The team tried to revive the bird through CPR but was unsuccessful.

"Everyone is devastated," Marotto added.

The emu made national headlines back in August after Orange County officialss tried to capture him since June.

The flightless bird weighed roughly 100 pounds and was not known to terrorize citizens or damage property; the worst the emu did was trespass.