While many schools participated in the national event, officials at Raleigh's Broughton High School had to postpone their walkout due to a threat on social media.

The ENOUGH National School Walkout is an act by students across the nation calling for Congress to pass tighter federal gun laws.

Thousands of students walked out of classes for 17 minutes in honor of those killed during the Valentine's Day shooting. 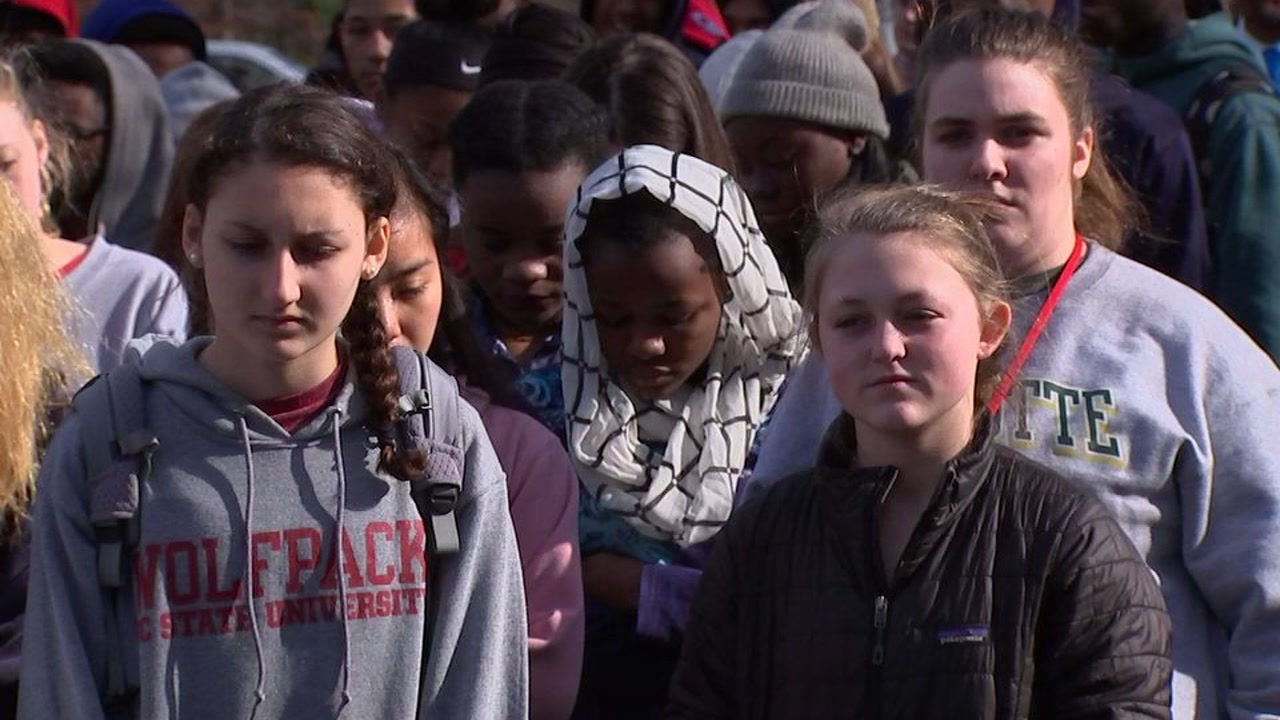 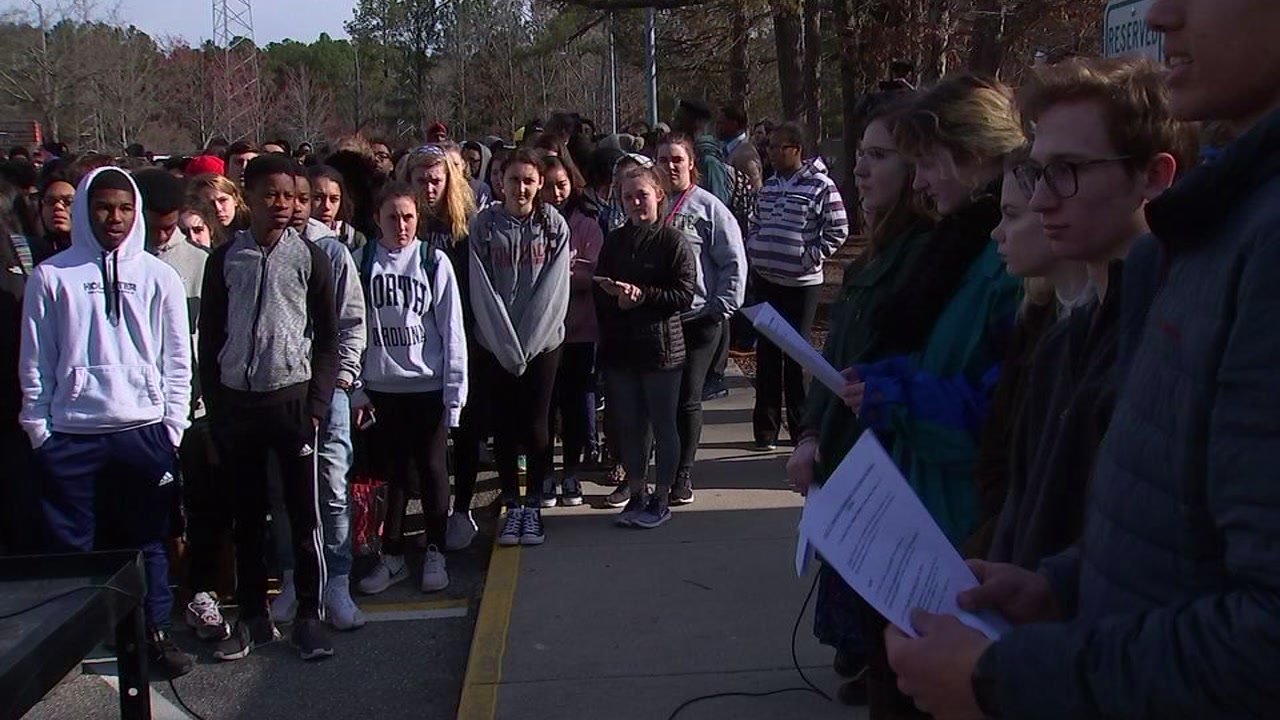 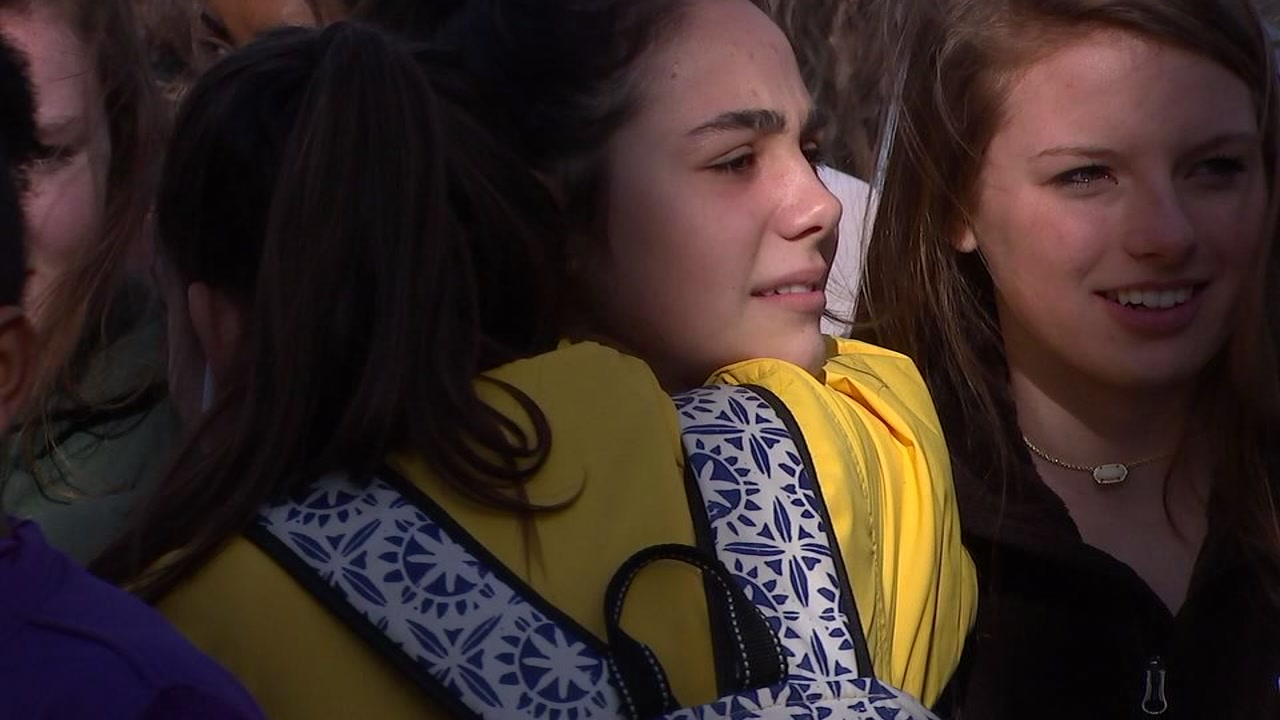 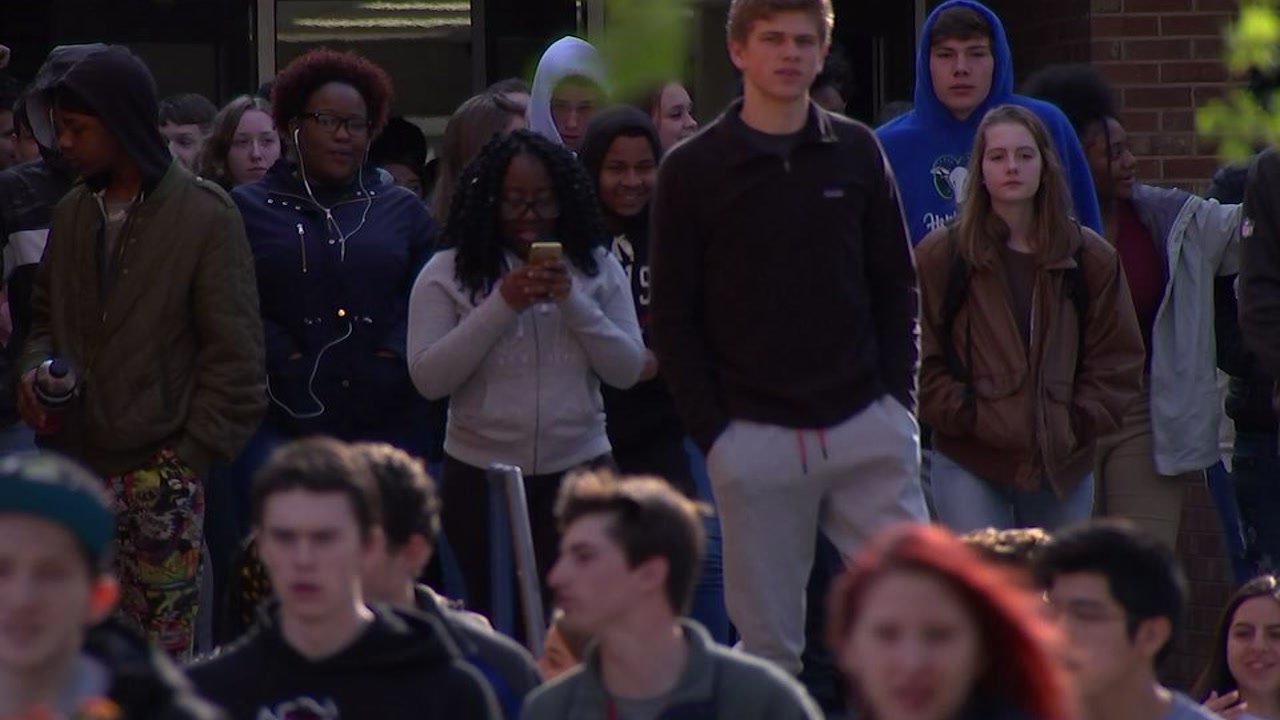 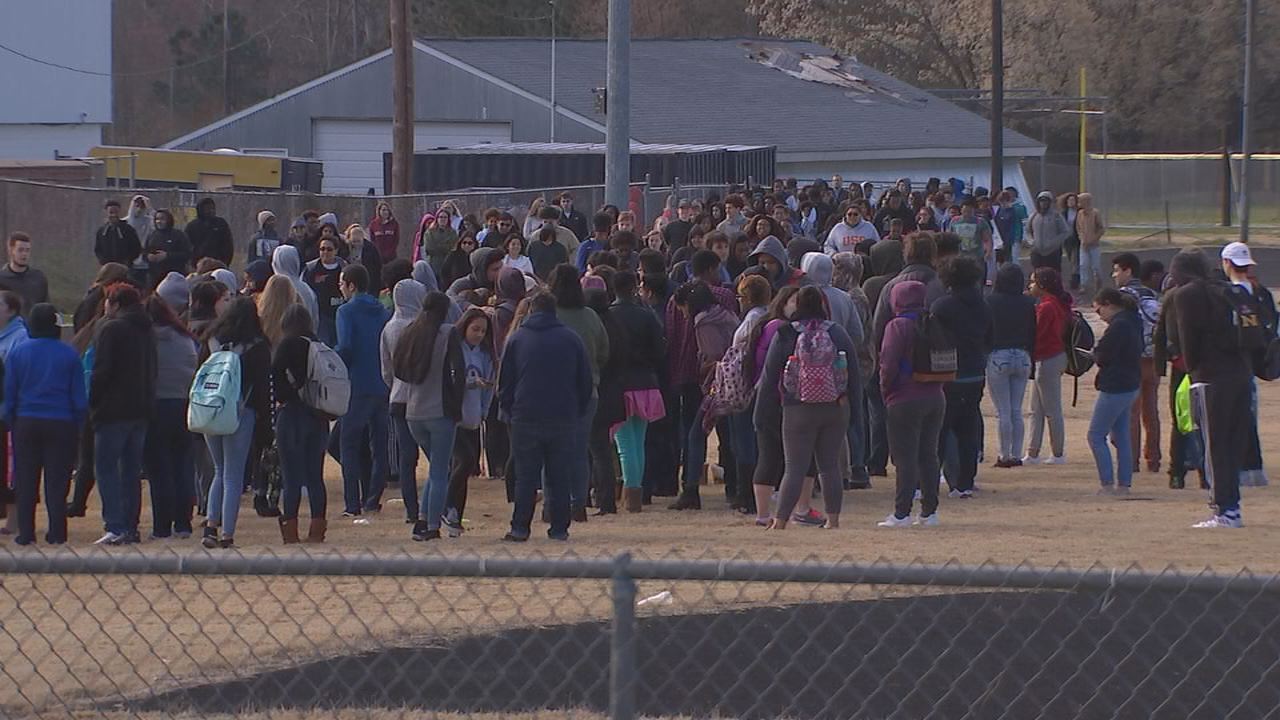 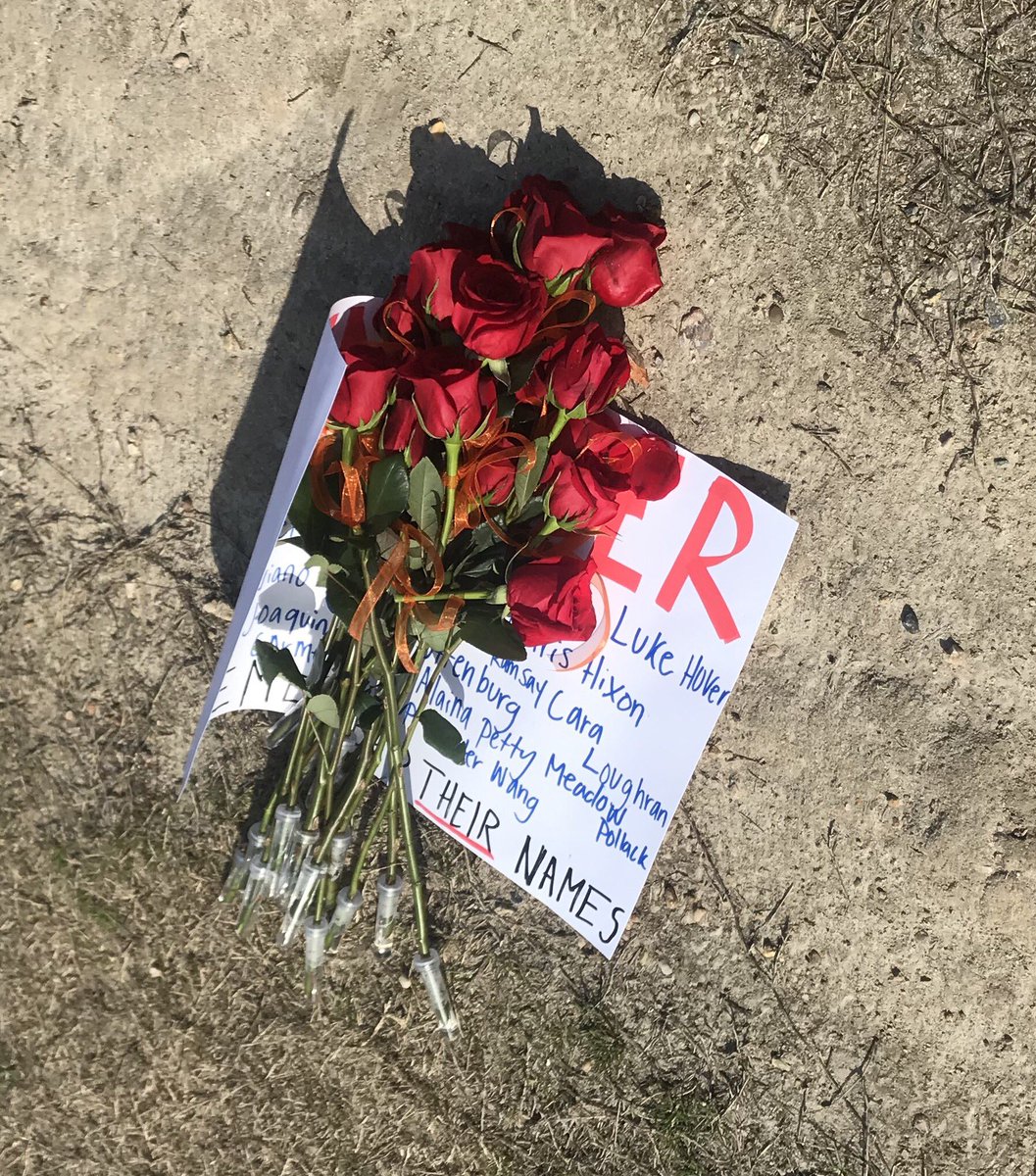 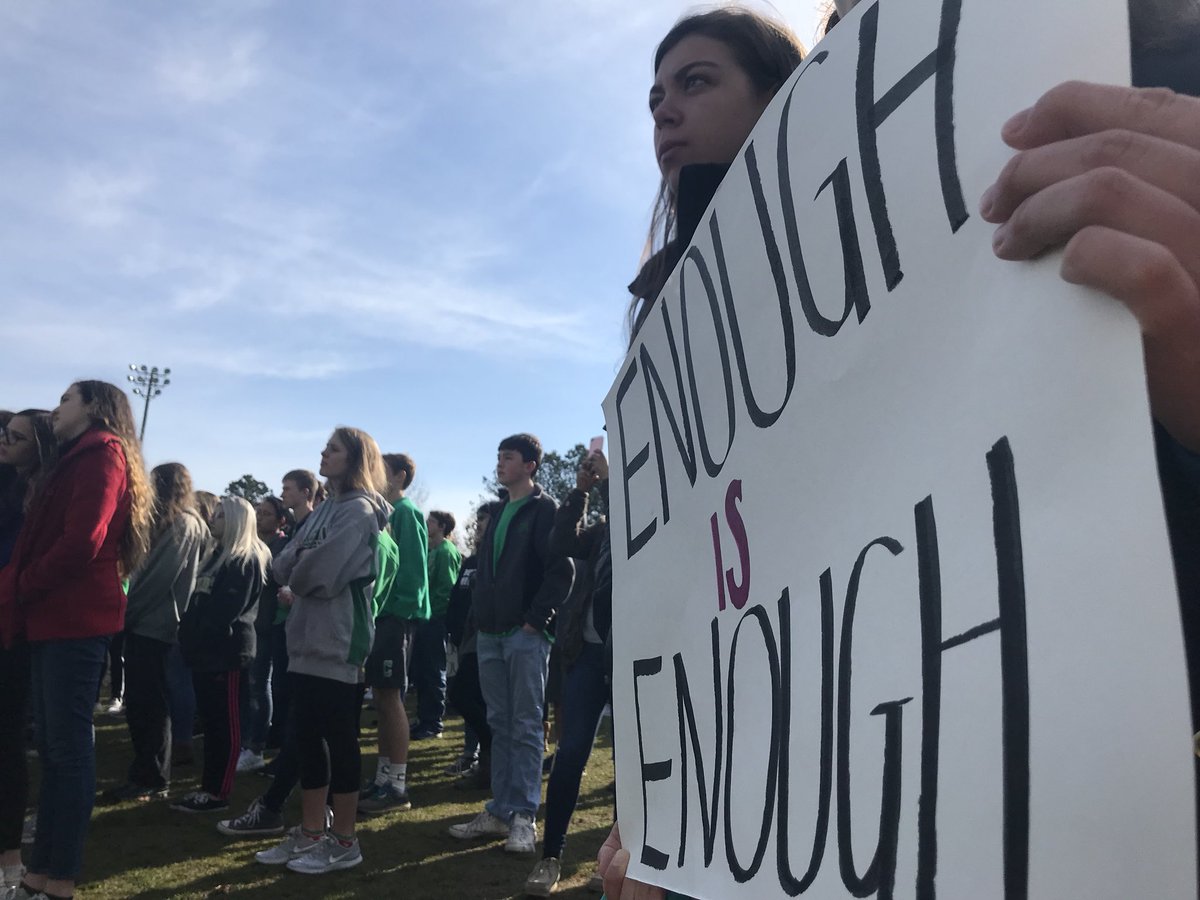 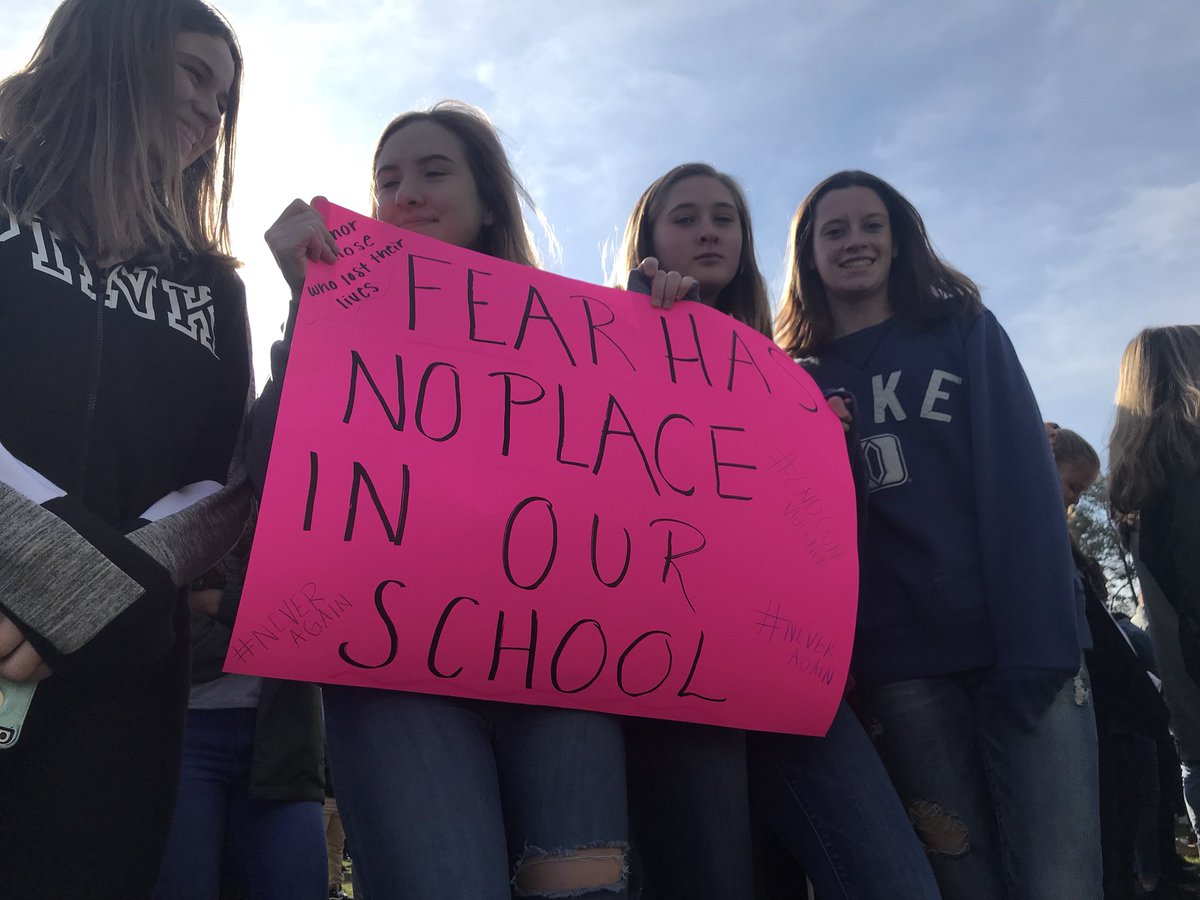 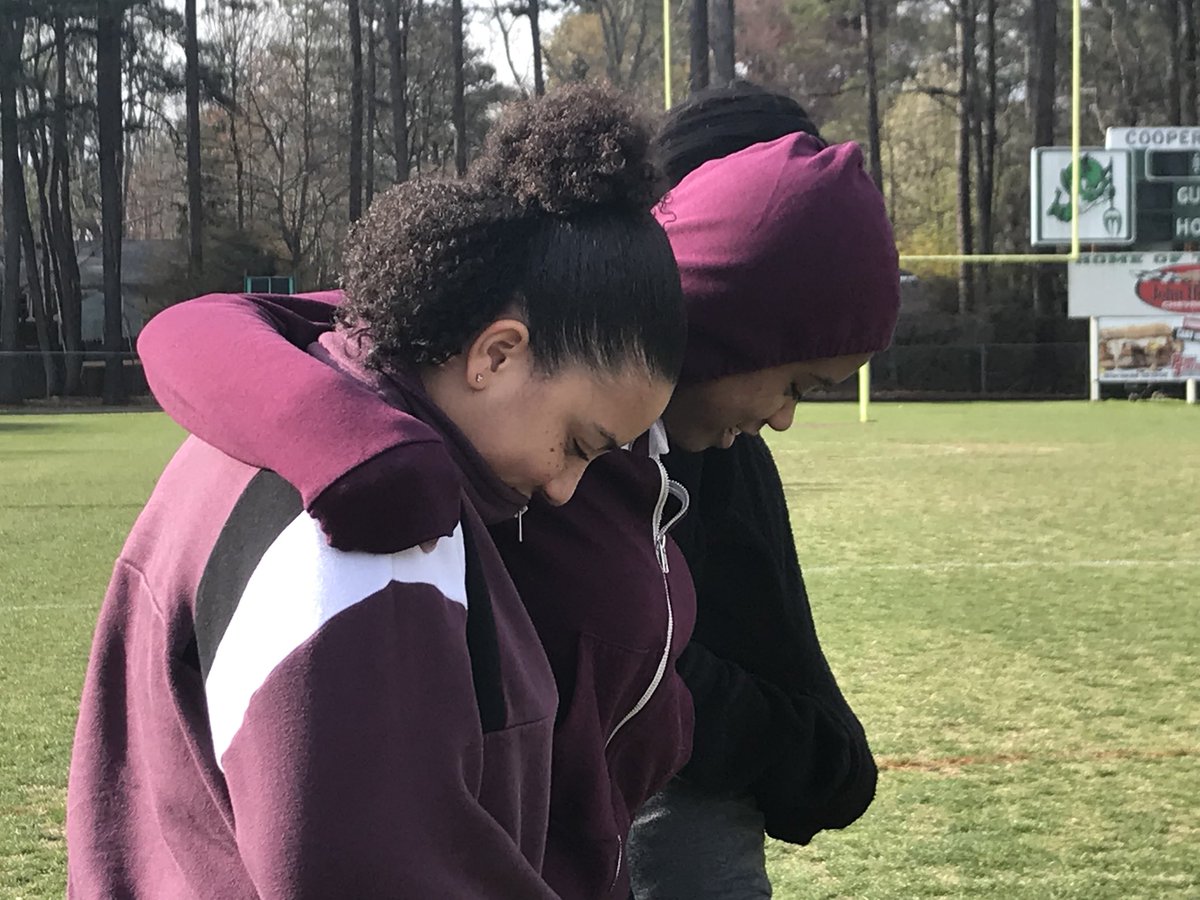 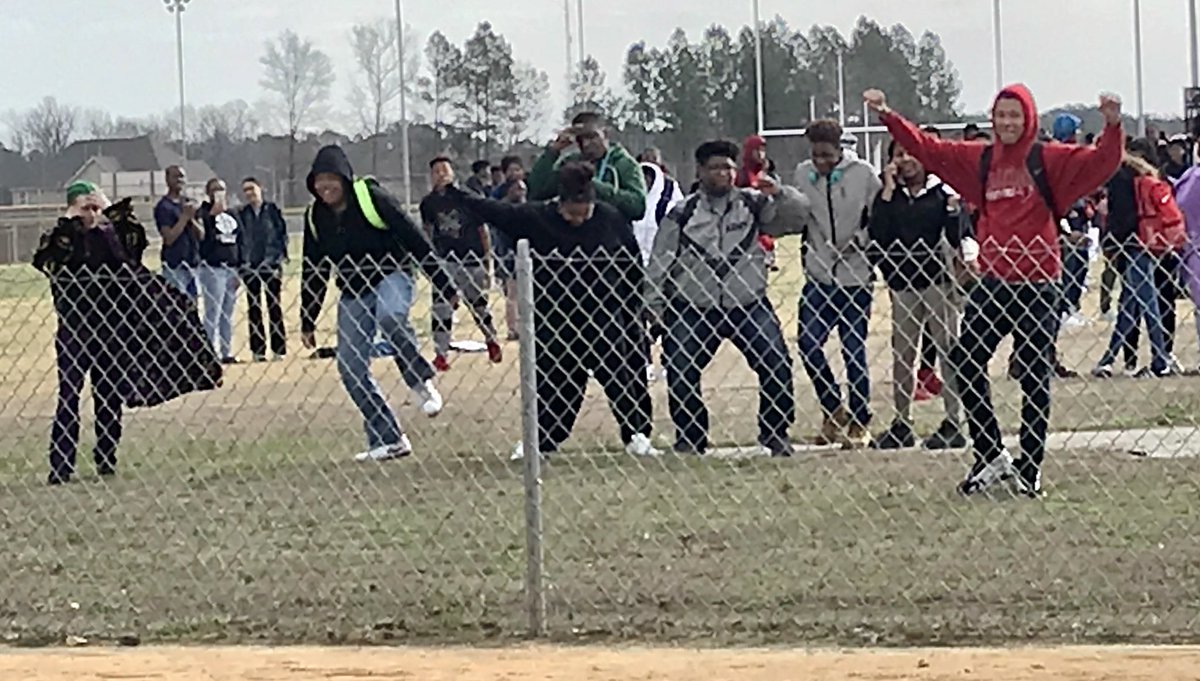 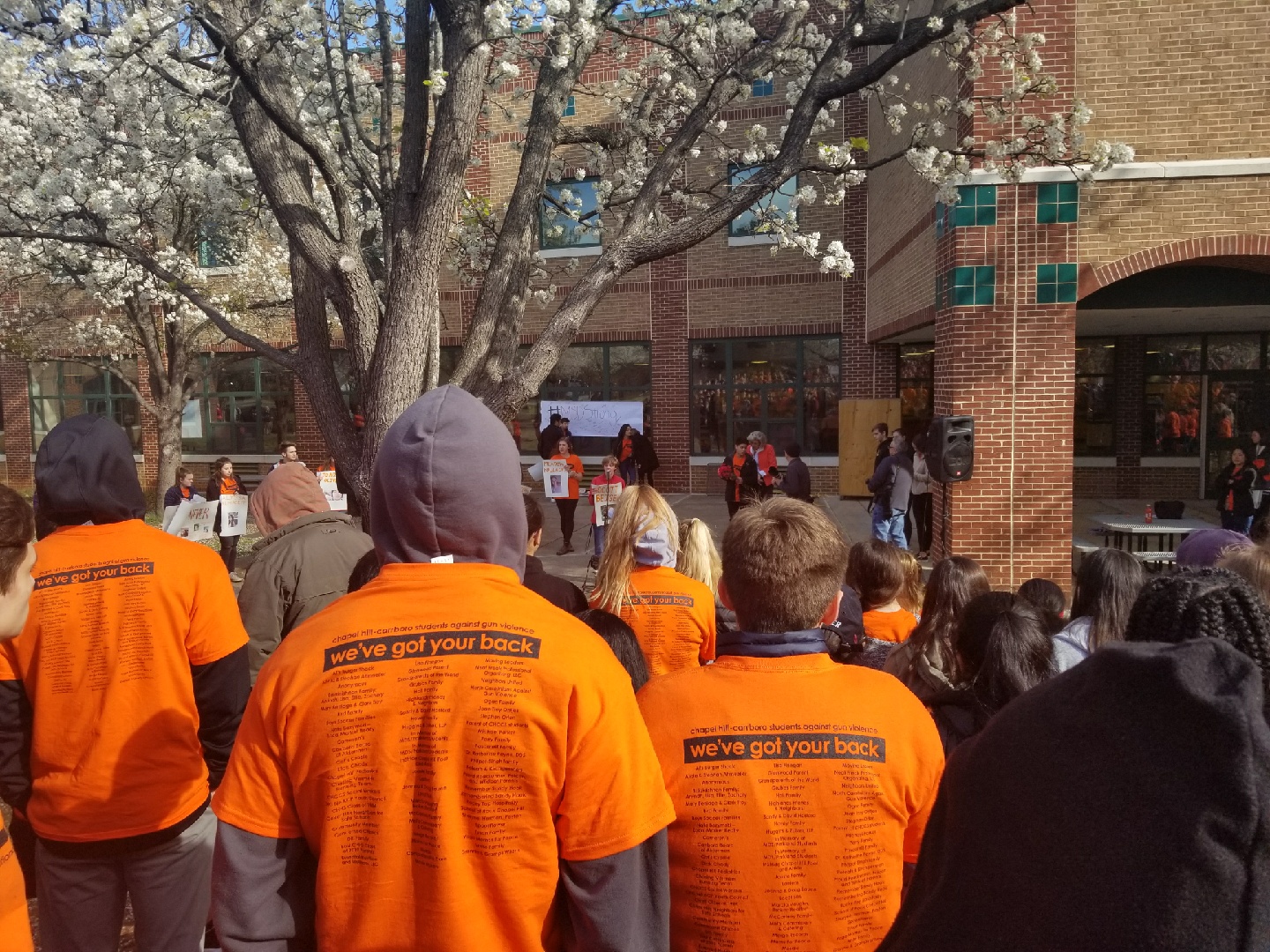 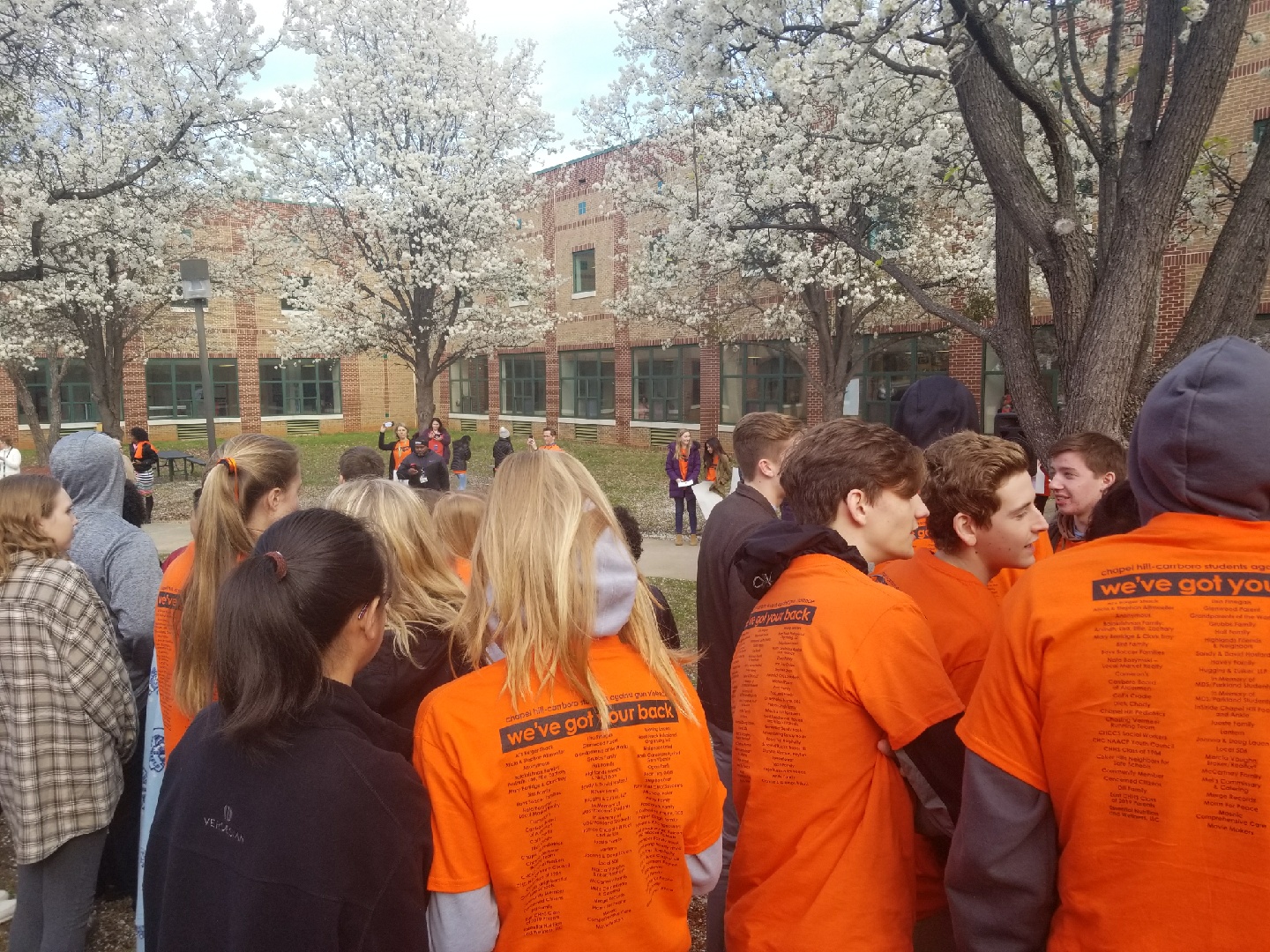 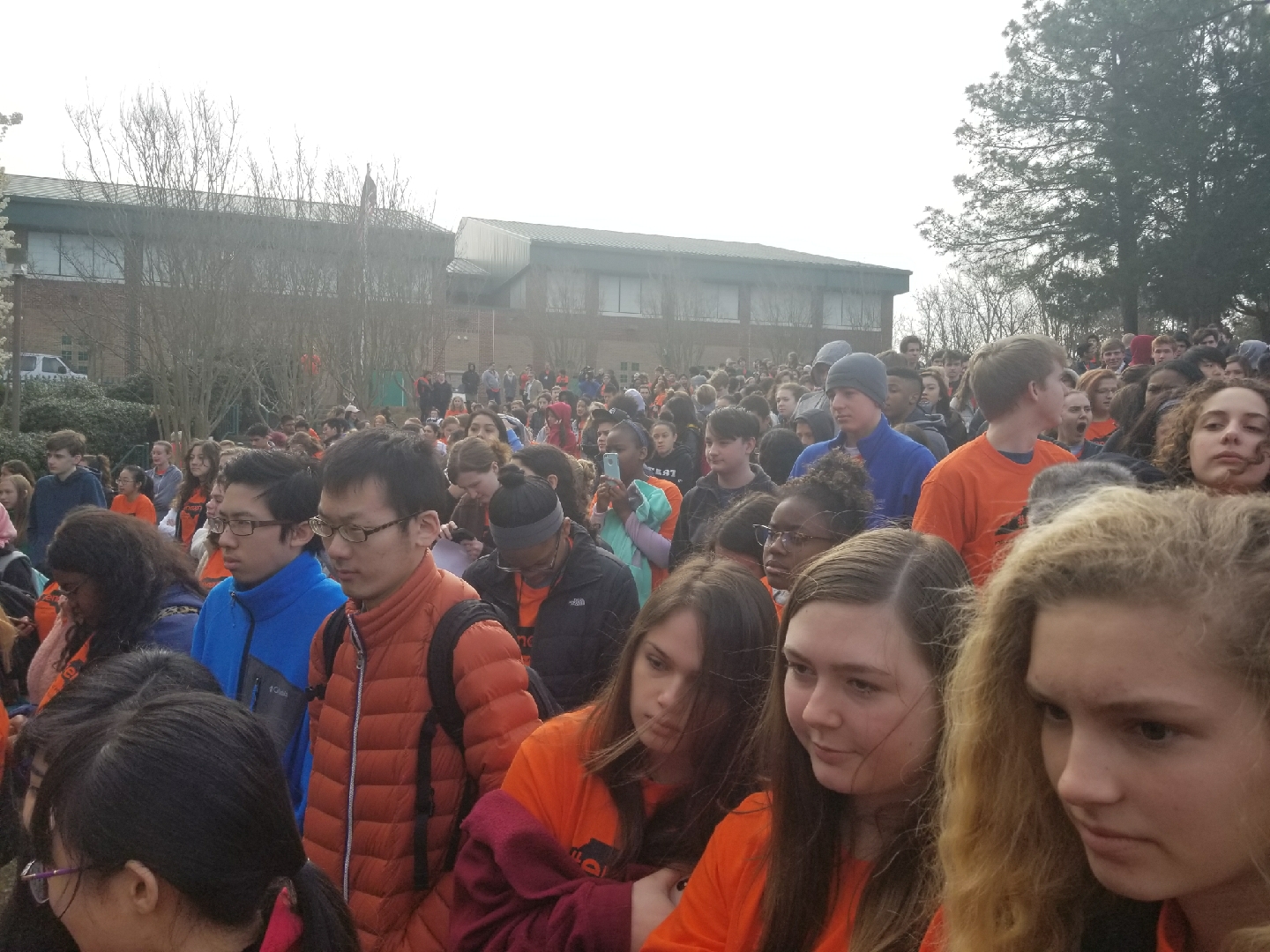 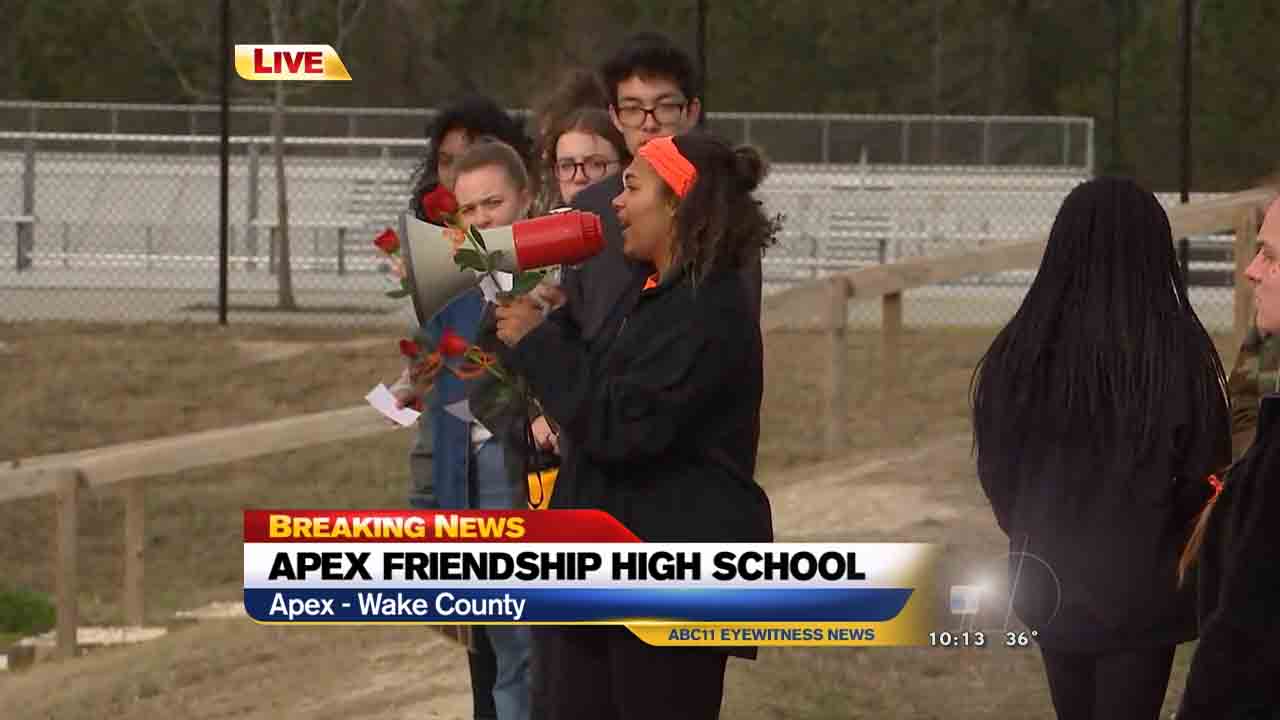 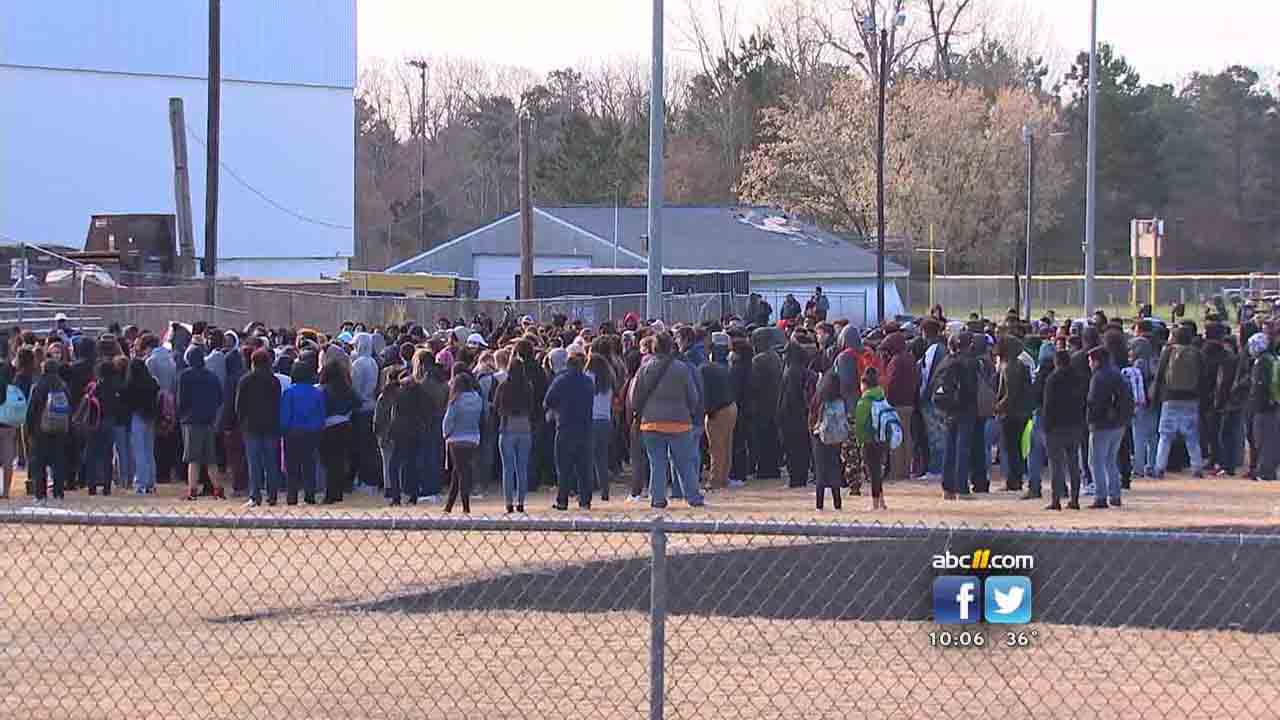 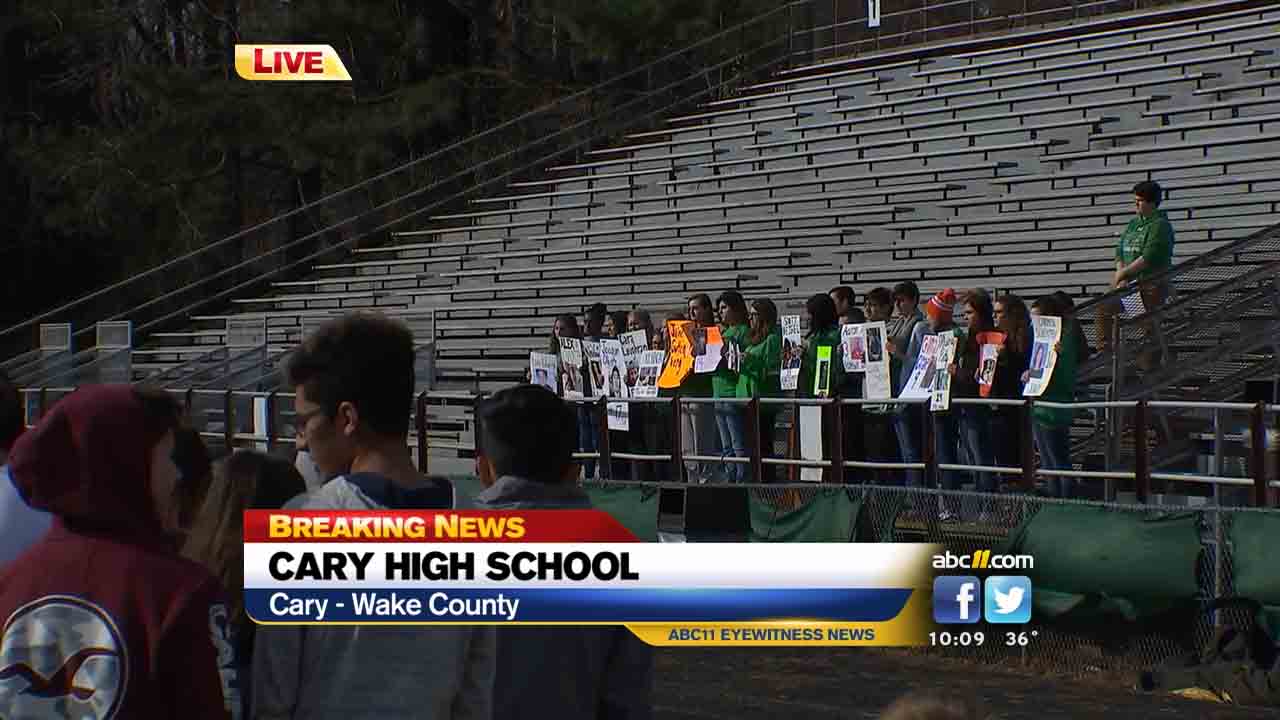 "We can no longer stand by complacent. We have to take matters into our own hands," said Sanderson High School student Lauren Santana.

"Some of can't vote yet. Not all of us are 18, but we still have an opinion. Our representative and our governors and senators, it's their job to represent us. It's their job to protect us," said Cary High School student Jackie Hotelling. "I would never want to see something like that (Parkland) happen at Cary High. I would never want to run out with my fellow classmates and friends and teachers being scared that somebody would get hurt or killed."

While many online question why a walkout, many local students feel it's their way to help make a change.

"I want to be able to go to school and feel safe, and I also think that thoughts and prayers are just not enough for us at this point; we need to start something because we're the next generation of everything," Apex Friendship High School student Josie Read told ABC11. "I think there needs to be stricter control ... obviously, we can't eliminate all guns but staring something and starting the moment and getting people talking about it is, I think, I big that needs to happen."

Middle school students from Central Park in Durham also walked out of class.

One teacher said, "Education has been a battleground for a long time and this particular battle is one we're all willing to fight together."

Several moms, a former teachers, and an activist showed up at at the Cary High School demonstration.

They watched off-campus by the gates. They weren't allowed to be on property, but still wanted to offer their support.

"This movement is not going away. It has support from the students and I'm really glad that it's having support from also the adults," said Cary High School Student Paloma Ruiz. "If we work together, I believe that we can actually make a change.

After a moment of silence, students returned to class and hoped they made even the slightest difference.

Some of the students plan on attending the March For Our Lives rally in Washington D.C. next weekend. 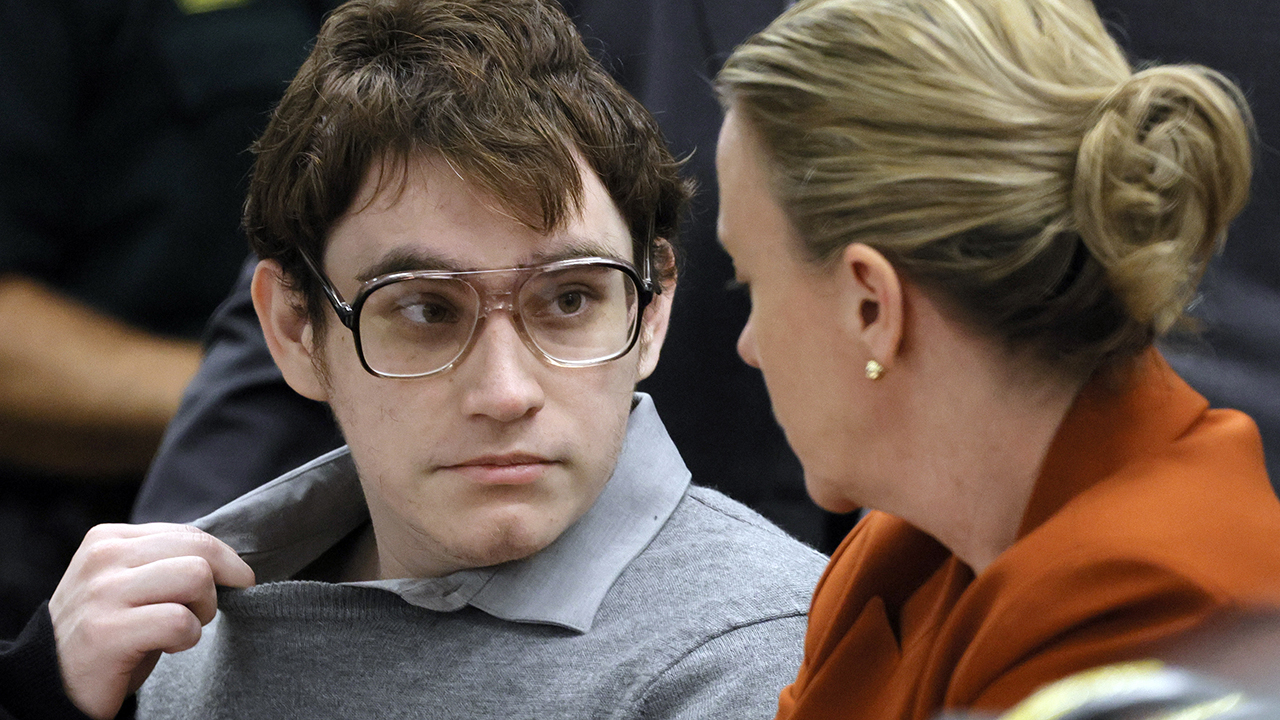 Parkland school shooter sentenced to life in prison without parole 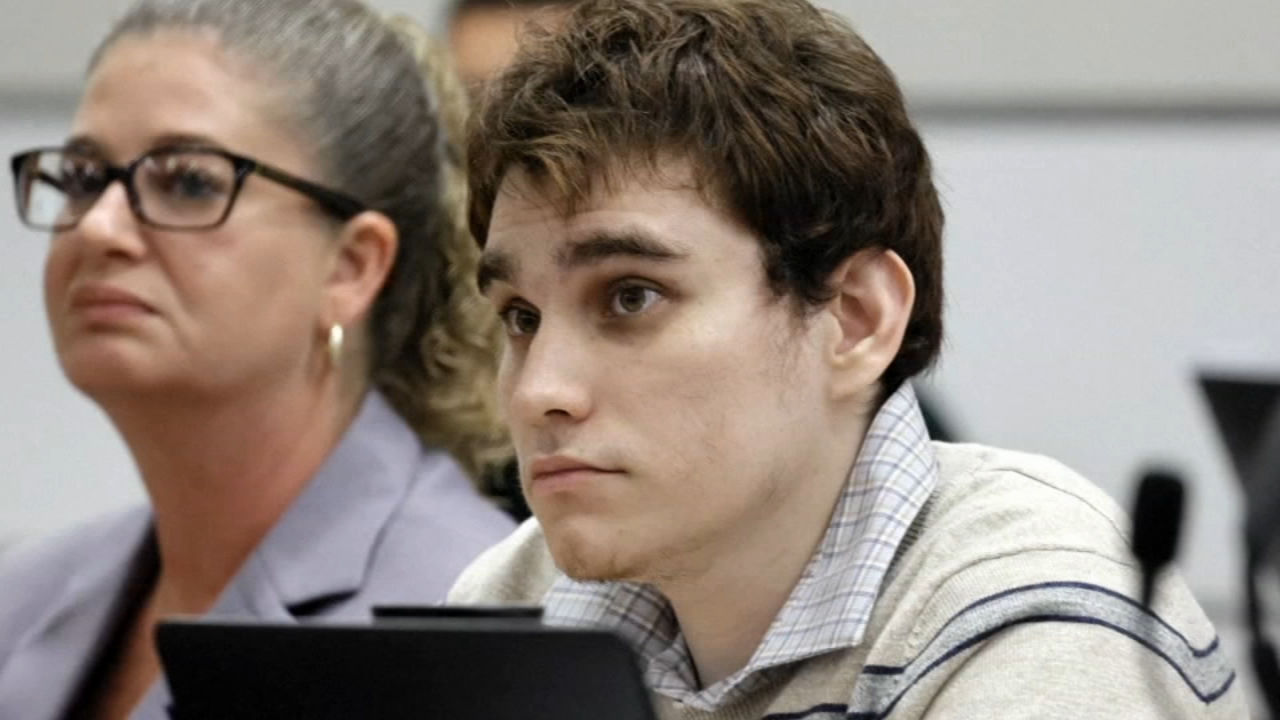