WTVD
RALEIGH (WTVD) -- Bluegrass lovers and legends will all play a part in this weekend's Wide Open Bluegrass Festival, including a 15-year-old named Garrett Newton who is hard not to fall in love with.

When we first strolled into Lorraine's Coffee House in Garner, we found Garrett behind the counter and making drinks for customers.

However, learning what it's like to have a job and earn a salary is just part of the reason why he spends so much time at the Coffee House after school. His boss is also his band member.

"I remember I was helping her load her bus one day and she said, 'You wanna go to Florida? You can bring your banjo,' and I said 'I guess so,'" Garrett reminisced.

The banjo is an instrument Garrett fell in love with at a young age.

"I remember going into music stores when I was little and strumming them and then hiding, because I thought I would get in trouble," Garrett explained.

Now, he owns his very own Yates banjo and has traveled around the country sharing his musical talent. He admits being a Southern boy on the road is not easy.

"You stop at fast food places and eat fast food all the time, so it's not really like a country, home-cooked meal like I'm used to," Garrett said. "It's kind of 'on the road' 24-7."

But no matter where he goes or who he encounters, there is always one man on his mind and in his heart.

"Robert McGee. He was in a car crash and lost his life."

One year ago this month, Robert died in a head-on crash in Johnston County while driving on NC Hwy. 210 in Four Oaks. His wife was also killed.

The beloved couple was well known around Benson. On Friday nights, people packed their Beaver Creek Music Barn where Robert's band played. He was the first person Garrett turned to when he got his banjo.

"I walked over there and asked him if he would teach me how to play, and he got me started on it," Garrett said. "I messed up a lot when I first started, and I know that got on his nerves. But he just didn't want to tell me."

What he remembers most about his mentor goes beyond the music.

"Homemade biscuits, because he used to make those for me and jam with me some."

Even though the doors to the McGee's Music Barn still open on Friday nights, Garrett says it's still too tough at times for him to step on that stage. But he promises to keep Robert's memory alive through music.

"I know that is what he would want me to do, so I just keep playing. I don't know where I'd be if I didn't start playing."

Garrett will be doing plenty of playing with a showcase during this week's rambles, and taking part in jams around downtown Raleigh. 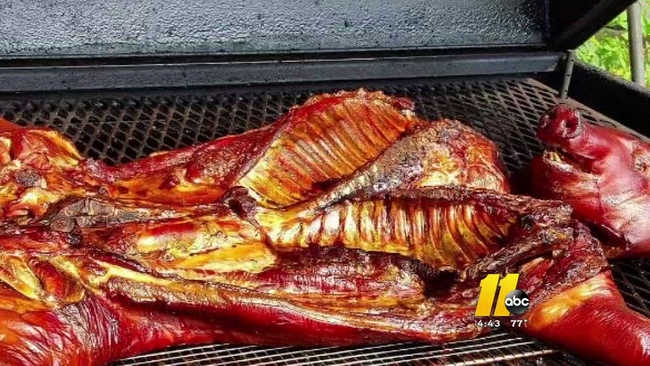