'Bachelor' Arie learns about 'Bumper Car Trauma,' as a feud erupts between 2 women WABC
By Jennifer Matarese
NEW YORK -- This week started with Arie revving up his motorcycle and heading to "Bachelor Mansion." The women gathered up where Chris Harrison informed them that someone would be going on their first date right then and there. He dropped off the first date card that read, "Becca K., hold on tight, Arie." Becca was very excited and couldn't believe she got the first one-on-one date. He walked in and grabbed Becca. They put on some leather jackets and as Becca held on tight, they took off for a day of adventure on Arie's motorcycle. It was Becca's first time on a motorcycle and she was just loving every moment.

Get your motor running! Arie and Becca K. speed away! #TheBachelor pic.twitter.com/JDe8ndMsai

They arrived to another fancy house where Arie told Becca that the day was all about her. Fashion Designer Rachel Zoe popped out and told Becca that she would get to try on all of the outfits for her date that night with Arie! She looked stunning in everything! In the end Arie picked out a gold one, but then told her she could keep all the dresses! He took out a case and gave her some amazing heels by Christian Louboutin. He told her that he just wanted to take her out to spoil her and thought she would really appreciate the date. If that wasn't enough, he took out a case from Neil Lane and gave her a set of diamond earrings, a necklace and a bracelet. Becca couldn't stop kissing him after that and I think the feeling was mutual.

Becca came back with an arm full of designer bags and dropped them off back at the mansion before getting ready to go out on her and Arie's date that night. The ladies were jealous of course (how couldn't you be?) and one even said, "Oh, they are going to get married!" I guess that depends on how the date goes! Arie said that Becca reminded him a lot of himself when he went through the "Bachelorette" experience. He revealed that he really didn't think he'd be back on the show. On the date, Becca revealed that her dad died of brain cancer when she was pretty young. She said that she's very close to her mom and sister due to the experience they went through. Arie talked about his family and how "cool" they are and that he is close with them too. He picked up the rose and said that he really wants to know so much more about her, so he offered her the rose. She said, "Yes!" They then kept kissing and talked about how much they liked kissing each other. Arie said he had one more surprise and it was a HUGE confetti pop. They laughed and kissed and he said it was a perfect first date.

The next date card arrived at the house and it was for Krystal. It said, "Home is where the heart is, Arie." Well she arrived at an airport where a private jet whisked them away to Scottsdale, Arizona, where Arie is from. The first stop was Arie's first job, a beach hut, then the scene of his first kiss, and then his high school! They eventually pulled up to his house where Arie gave Krystal a tour. She could totally picture her life there. They sat on the couch and flipped through a photo album where he told Krystal all about his family and his close relationship with his grandfather. They watched some old family movies that were very 80's, most of these girls were probably born in the 90's. Surprise, surprise, they stopped by his parents house to say hello! She was freaking out! She couldn't believe she even got to meet his brother and his wife. Arie told everyone about how they met on the first night and how Krystal really helped Arie calm down with some deep breathing. His parents shared their story of meeting back in their hometown and how it hasn't always been great, but they love each other and that makes it work. Krystal really wants a relationship like theirs! Krystal is actually really scared by their date that night though, she says she has to tell Arie that she's not close with her family and fears it will disappoint him.

Later, they went to an amazing dinner in a historic building. He did ask her about her family life pretty quickly. Krystal said she grew up in a non-traditional way and that her parents got divorced. She said her mom was very emotionally unavailable and felt unwanted by both her parents. She saved up all of her money to buy a comforter because her mom couldn't buy one. She helped raise her little brother and she revealed to Arie that he's homeless and got attacked during his time on the street. She said he's been refusing her help and just wants to live in Venice, CA. Her heart is shattered. Arie was so caring and understanding and told her that he thought she was a very loving person. He's doing a great job as "The Bachelor" so far! He's really listening and trying to get to know these ladies. He offered her the date rose, and Krystal accepted! Of course, the date wasn't over he had another "surprise." It was a performance by Connor Duermit, a singer/songwriter, performed while they slow danced and kissed. Arie is two-for-two with two great one-on-one dates so far. 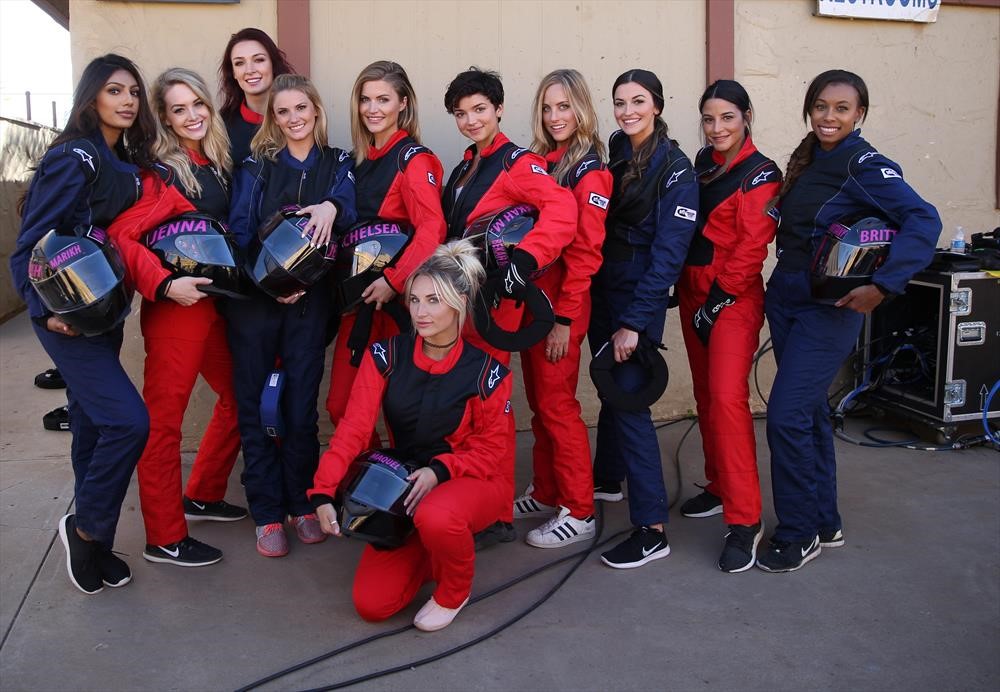 The group date card arrived and it read, "Maquel, Marique, Tia, Valerie, Annaliese, Lauren G, Kendall, Bekah, Jenny, Sienne, Jenna, Caroline, Brittany, Bibiana, and Chelsea, let's hit love head on, Arie." Cue the drama, it's time for a giant group date with a demolition derby. The rules are that if your car stops running, you are out! The ladies got to design their own cars, which was a great chance to show off their personality. 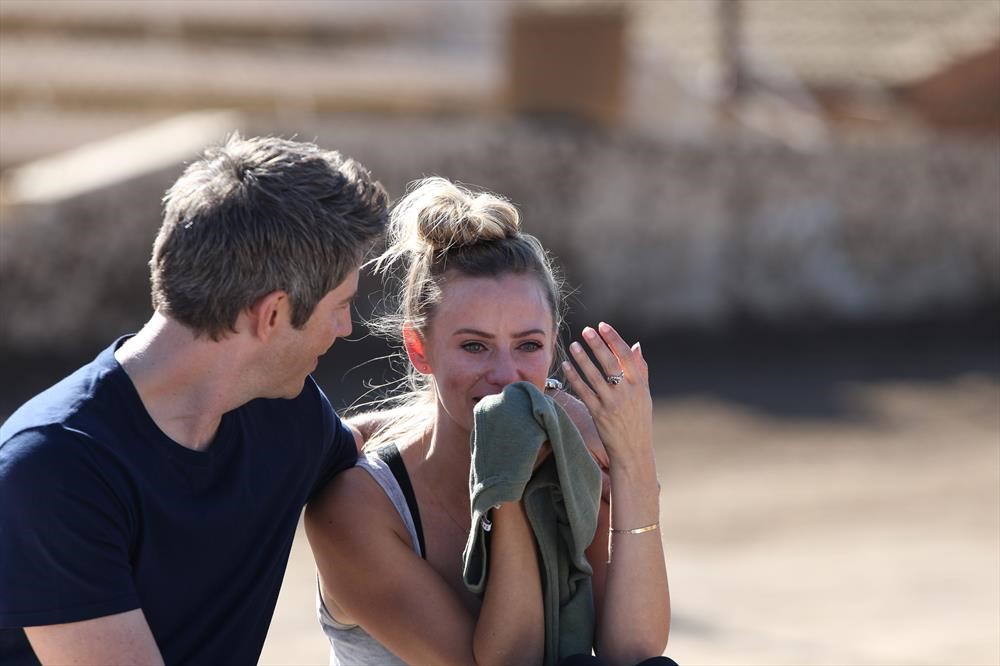 Once the cars were kind of decorated, the Annaliese started crying for no apparent reason. She said she was "scared." She had a traumatic experience on the bumper cars ride as a child. Oh goodness, come on. "I just remember being so alone, and so scared," she said. I have to agree with the other ladies who thought it was ridiculous. Arie pulled her aside and said that she didn't have to do it if she didn't want to, but she still felt the need to tell him about her "bumper car trauma." Jenna couldn't wait to smash Annaliese's car! 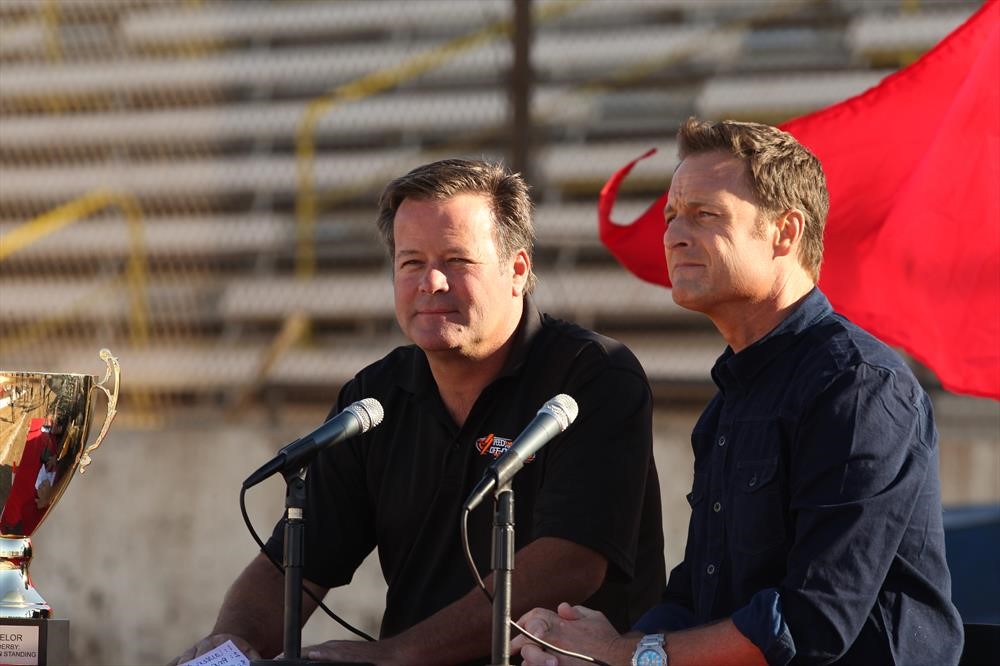 Chris Harrison and racer Bobby Gordon were there to do the play-by-play for the demolition derby! Chelsea smashed Annaliese and she took that as her cue to go to town smashing people. But wait, Bibiana was a monster out there! She smashed people until she hardly had a car left! Brittany was tearing it up and even went after Arie's car! Then it was down to Sienne and Tia. Sienne came from behind to win the whole thing!

After they all got cleaned up, it was time for the after party. Brittany apparently wasn't feeling well, so she didn't go to the party. Bibiana really wanted to talk to Arie, but Chelsea grabbed him right away. She told him that she wanted to explain why she is "mysterious," and that is the other man in her life, her 3-year-old son. He told her that she shouldn't worry because he's dated Emily and another ex-girlfriend whom he lived with that had two children and he loved being in that role. In the other room, the other ladies said they didn't care that she's a mother, she needs to chill and let them get some time in with Arie. Whatever, she should go for it and get her time if she can. That's the only way to get a rose!

Sienne revealed that she went to Yale which was a challenge but it helped her grow up. Also, that she studied abroad. She crammed a lot of information into a short amount of time, kind of like a job interview. Bibiana meantime is losing it that she hasn't spoken to Arie yet. The ladies told her to go talk to him, but she said, "No, it's over." She told the camera guys not to follow her and she left and slammed the door. He was talking with Bekah and he told her that he likes having her around because she makes him happy. Then, they did some sloppy kissing with a lot of tongue. Ew. He is definitely living up to his nickname, "The Kissing Bandit!" Once back at the coffee table area, Arie picked up the rose and he thanked Chelsea for opening up, but then gave the rose to Sienne! Wow! Poor Chelsea, she thought she had this in the bag. Bibiana came back and was sitting there on the couch, but just silently stewing.

Bibiana apologized to the other ladies the following day for her outburst, but she definitely wanted to get time with Arie during the cocktail party before the rose ceremony. He pulled Brittany aside for a chat because she got a concussion. He gave her a certificate that said she was "Most Hardcore." It was cute of him! Then he snuck off with Bekah and they had another makeout session in the front of the mansion. "When we kissed, it became apparent, she could be the full package," Arie said.

And that’s not even the mic drop. #TheBachelor pic.twitter.com/FHxZwT04Iz

Krystal went over to Chelsea and Chelsea's told her to go for extra time with Arie. Of course she gets permission from the queen of getting time. That sent Bibiana on the warpath! It has been a few days since Krystal has seen him and she needs to build her relationship too. This is not the kind of situation where you can take a backseat. Oh thank goodness, Bibiana finally, FINALLY, got her alone time. Maybe she will quit complaining now. Arie told her, "Ask me something," and she really had no idea what to say. So Arie started talking about his dog and they did their best to stumble through a conversation. When all of a sudden, guess who's back? "Hiiiieee, it's meeee, Krystal." Oh for crying out loud, what is this girl doing? I can give her credit the first time, but this is excessive and ridiculous. Krystal went over after her time and sat down next to Bibiana, and Bibiana called her out for her "fake tone" and Krystal tried to explain "the situation." Bibiana was not having it and told Krystal to "check herself," and various other things. Bibiana said that "no one will respect your time" to Krystal.

Chris Harrison broke up the cat fight and stole Arie away. In the end, Arie gave roses to:

18) Bibiana (They have to be keeping her for the drama)

Lauren G., Valerie, and Jenny were eliminated. Jenny walked right on by Arie, but he chased after her and apologized for saying goodbye. She then told him that she wasn't sad about him, she was sad about leaving her friends! Hilarious!

Next week, the ladies do some WWE style fighting on a group date, and it seems like he has some very romantic dates with a lot of kissing. Krystal and Bibiana continue their feud as the disdain for Krystal continues to grow.
Report a correction or typo
Related topics:
arts & entertainmentabcbachelorthe bachelorarie luyendyk jr.cominguproses
Copyright © 2020 WABC-TV. All Rights Reserved.
COMINGUPROSES

Peter selects his final 4 on 'The Bachelor'