WTVD
By Jennifer Matarese
NEW YORK -- The Bachelorette is in beast mode. Hannah Brown aka Hannah B. aka Hannah Beast is looking for love and her journey is underway. She started off incredibly nervous and awkward, but it seems like she's finding her way. After all, she's got Chris Harrison by her side with his two decades of experience.

She's Miss Alabama, but Hannah noted that being a beauty queen isn't her goal in life, she wants to fall in love and find the man she's meant to be with forever. It didn't work out last season on The Bachelor with Colton, but she's hoping that it will now that she's in charge.

Let's run through the guys the show chose to feature:

- Tyler C. is a dancing contractor who loves Kevin Bacon. The previews show him as being someone to keep an eye on. 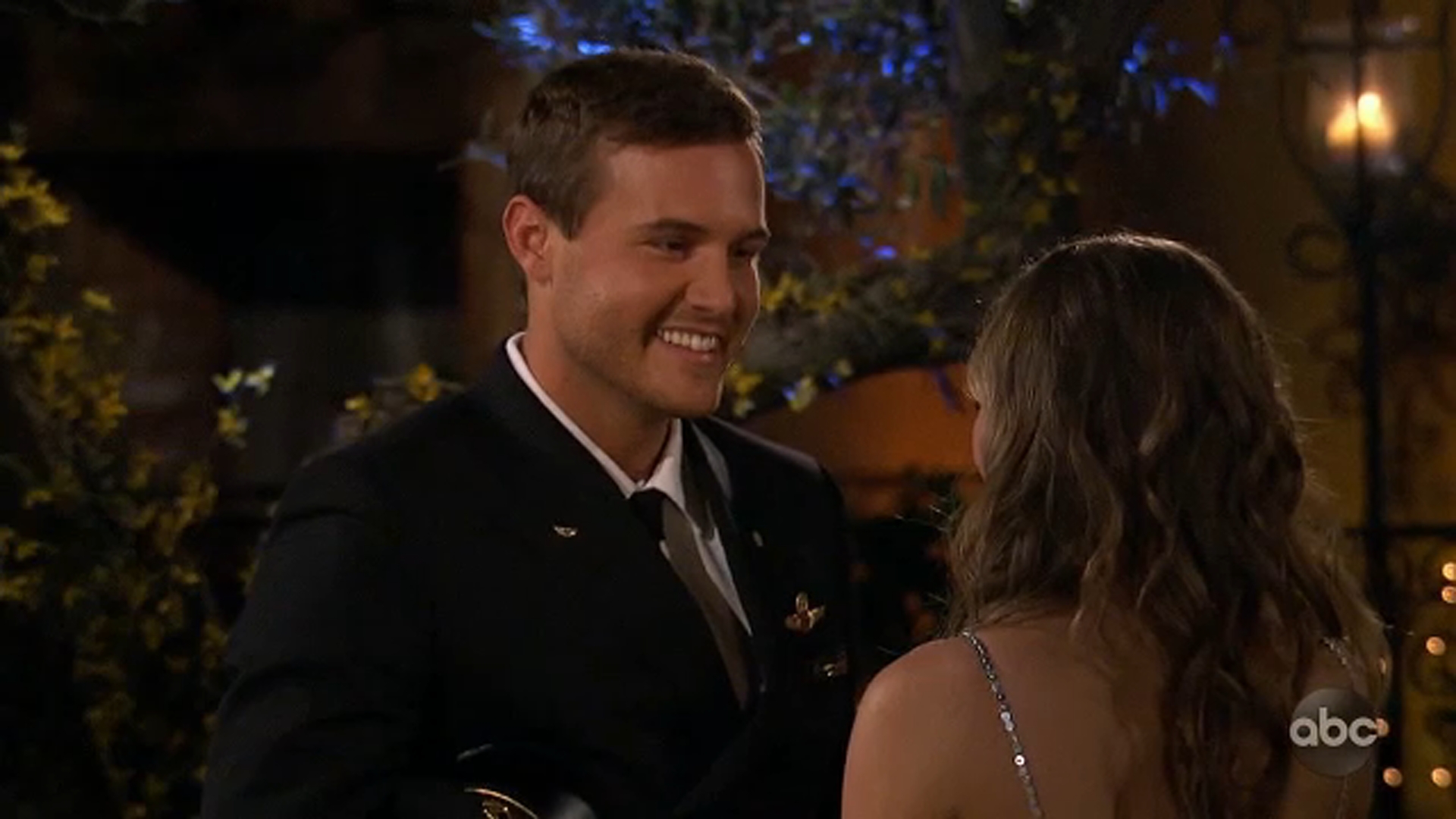 - Peter the Pilot, he's front-runner material. They had a great interaction! Katie and Demi were impressed.
- Mike loves his great grandma and just exudes sweetness. You can't help but hope he does well.
- Joe the Box King reminds me of Joe the Grocer. He's pretty awesome, let's hope he doesn't disappoint. Spoiler alert - he showed up to Hannah inside a box.
- Matt Donald is an interesting guy. "Old Matt Donald Had a Farm" pretty much explains it all, he lives and works on a farm with his deaf family. That's right, he's fluent in sign language and is one of the only members of his immediate family that isn't hard of hearing.
- Connor is a hardworking salesperson who should have been married already with a family according to his immigrant grandmother.
- And last but certainly not least, Luke P. is the guy everyone will hate. He's super pumped and muscular. He says God told him to be a better man in the shower. Let's see if he follows through on that one. He came out of the limo screaming like a beast and full of confidence. He had met her on "After the Final Rose" and Hannah definitely remembered him.

Here are some notable and shocking moments from night one:

1) Meeting John Paul Jones - he goes by his full name. Not entirely sure why, but that's what his friends call him too. We'll have to wait and see how his time goes this season, but meeting him was an experience in itself it seemed.
2) Cam got a rose on After the Final Rose from Hannah and came in wearing it and did a special rap for her. He has nothing to worry about on this first night and that's got to be a great feeling. He was so confident he asked Hannah for a kiss and he went for it. Cam got the first rose and the first kiss. According to the previews, it seems like he's got an explosive personality that might hurt him in the long run.
3) Luke P. pulled Hannah away first. He told her about becoming an uncle and he talked about feeling the need to catch up to his brother-and-sister in law who met, got married and had a baby very quickly. He seems to always find the right time to talk to Hannah and knows how to make the most of that time.
4) Jed played her a really sweet song and actually had some talent to back up bringing a guitar with him. Hannah found him super sexy and said she has a crush on him.
5) Demi and Katie from Colton's season of The Bachelor pulled up in a white van. Someone told Demi that one of Hannah's guys has a girlfriend and she's there to see if she can find him. Turns out it's the unlikely Scott. He brought Hannah a map of their dream home and they picked out furniture and he was very touchy feely. Chris Harrison quickly stole her away after their time together and brought her to the van where Katie and Demi told her the news. Hannah was very upset and immediately pulled Scott aside. All of the guys knew she was upset. Scott admitted that he was dating someone just a few days before being on the show. He tried to say that the Colton situation is the same thing. Hannah called him a jerk and told him to go home. She yelled at him for not walking fast enough as he left the house! Back inside, she told the guys what happened and they were stone-faced. They were all shocked and felt bad for Hannah.

6) Luke P. jumped in and found Hannah as she was crying outside and he stepped up to comfort her. He told her it hurt him to see her so upset. Luke tried to assure her that he's there for her and her alone. It was a good move. 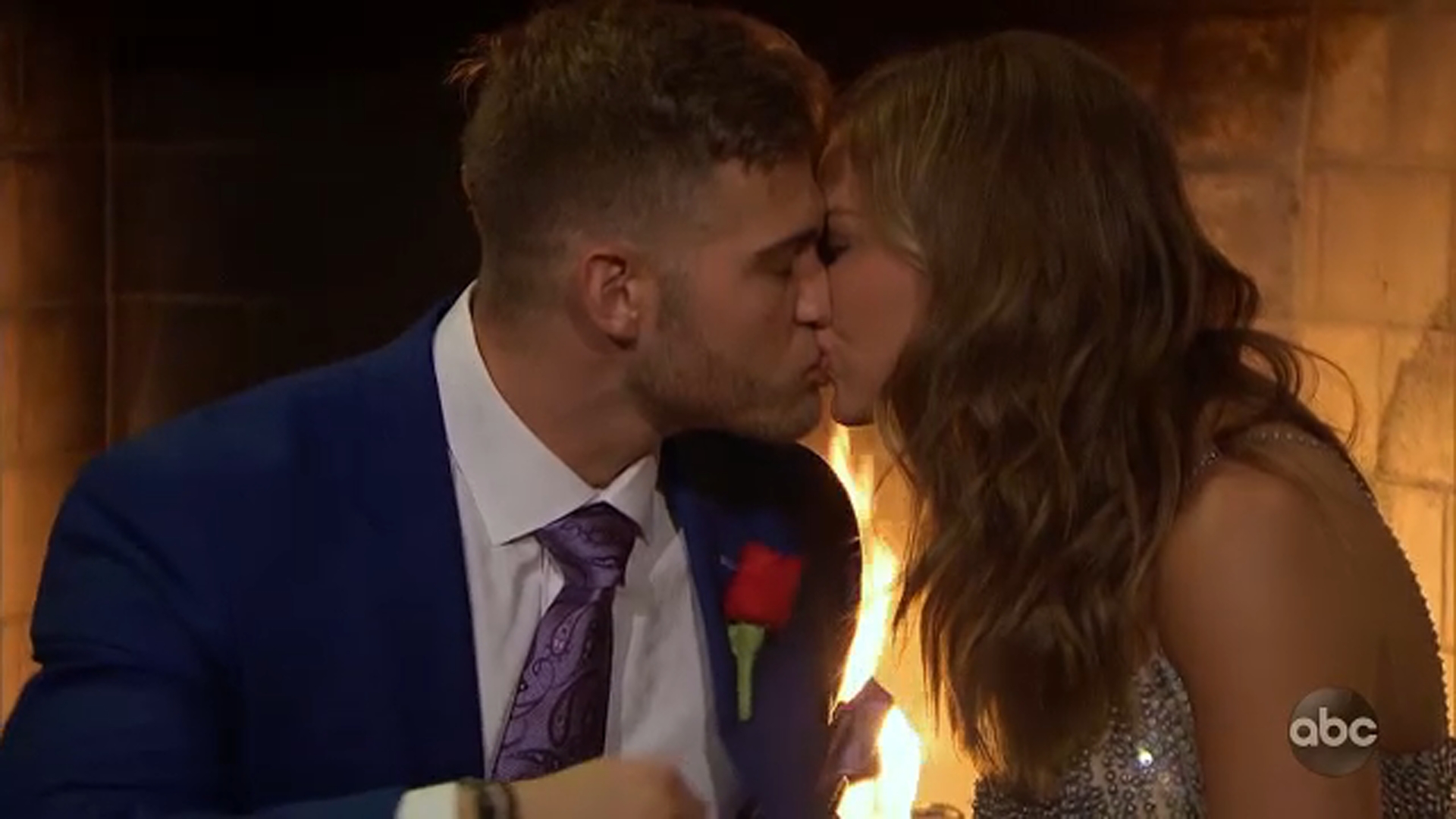 7) ATFR guy Connor S. may have gotten the second kiss, however, the First Impression Rose went to Luke P., was there any doubt?! They sealed the deal with the third kiss and most passionate of the night. He pretty much owned night one.

That meant that the very likeable Matt Donald the Farmer and The Box King were sent home! Please say there's a place in "Paradise" for them! The other guys seemed pretty nice too, but there you have it, it's time for Hannah to find her future husband and travel the world!
Report a correction or typo
Related topics:
arts & entertainmenthannah brownthe bacheloretteabccominguproseschris harrisonbachelorette
Copyright © 2020 WTVD-TV. All Rights Reserved.
COMINGUPROSES

Peter takes away a rose after many call one woman 'fake'