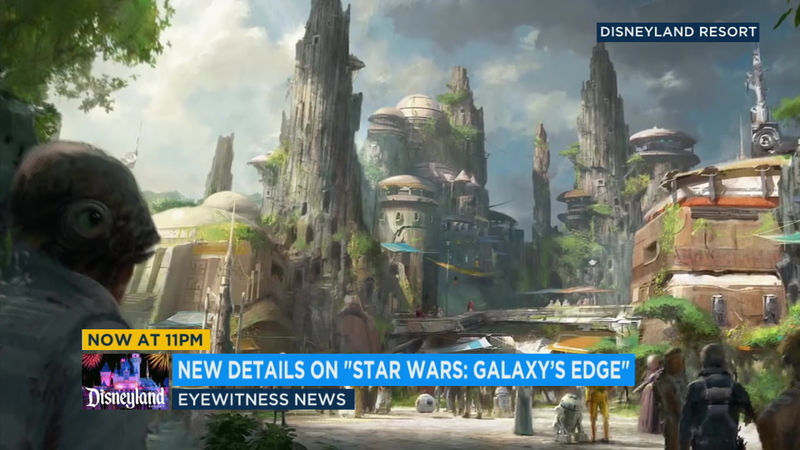 ORLANDO, Fla. -- "Star Wars" fans will soon be able to pilot the Millennium Falcon and face off against Kylo Ren in battle.

Disney on Saturday announced some details of the new "Star Wars: Galaxy's Edge" lands, opening in 2019.

It also announced that composer John Williams, creator of the classic "Star Wars" themes, is writing new music for the "Galaxy's Edge" attractions, and shared a sneak preview.

The two signature attractions of the "lands" now under construction will be "Millennium Falcon: Smuggler's Run," in which guests can take the controls in three different roles, and "Star Wars: Rise of the Resistance," offering an "epic battle" between the First Order and the Resistance.

The attractions are to open at Disneyland Resort in summer 2019 and at Walt Disney World Resort in the fall.