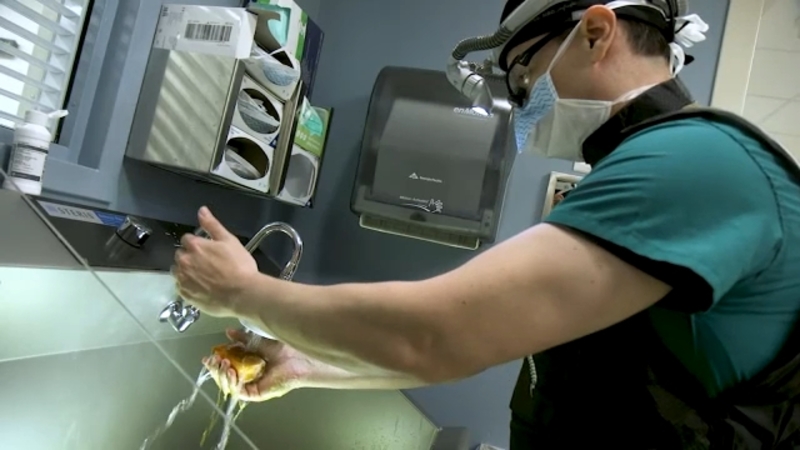 DURHAM, N.C. (WTVD) -- By day, Dr. Oren Gottfried looks like any other surgeon at Duke. But his work extends far past the doctor's office. It's now making its big debut on your TV screen.

"I just want to turn on the TV and watch it. Ten o'clock on Monday -- it's a little late; I'm usually preparing for my clinic on Tuesday morning but this is one time I'm going to stay up," Gottfried said.

Gottfried is a neurosurgeon and spine surgeon at Duke Health. Now, he's used his medical expertise to help pitch and write the upcoming episode of ABC's "The Good Doctor."

"It was a hobby at first but now that I've done it long enough it actually is a hire position, but I would do it voluntarily -- don't let them know that," he said.

Next week's episode will highlight two gunshot victims rushed to the hospital after a political protest turns violent.

"I have to admit, it's quite an exciting episode and viewers are going to gain a lot from it I hope," Gottfried said. "And there are just a lot of interesting stories, but I don't want to be the person who spoils everything."

Gottfried said it is an episode that is topical, medically accurate and one that will hopefully get you thinking.

"What I'm hoping is that a viewer is able to go on this experience but also can grow just like the characters on a show are going to grow as the episode progresses," he said.