Everything to know about new 'Cruella' film: Release date, cast and more 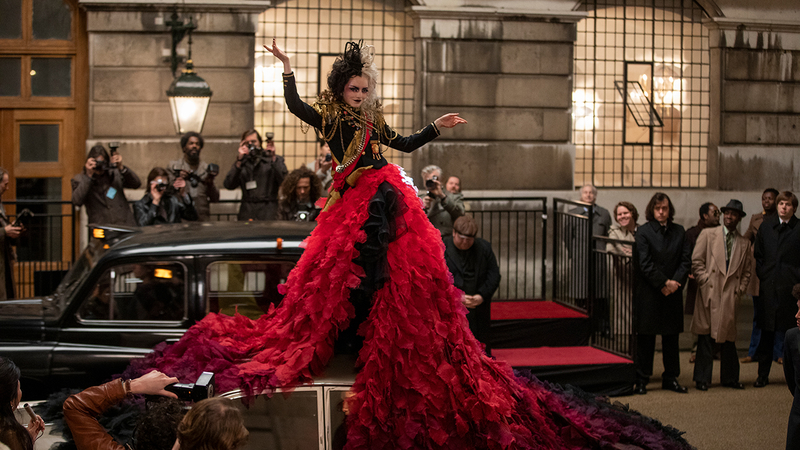 Emma Stone stars in "Cruella," which reveals the untold origin story of Disney's most infamous villain. Here's a look at everything to know about the film.

"Cruella," which is set in 1970s London amidst the punk rock revolution, follows a young grifter named Estella, a clever and creative girl determined to make a name for herself with her designs. She befriends a pair of young thieves who appreciate her appetite for mischief, and together they are able to build a life for themselves on the London streets. One day, Estella's flair for fashion catches the eye of the Baroness von Hellman, a fashion legend who is devastatingly chic and terrifyingly haute, played by two-time Oscar winner Emma Thompson ("Howards End," "Sense & Sensibility"). But their relationship sets in motion a course of events and revelations that will cause Estella to embrace her wicked side and become the raucous, fashionable and revenge-bent Cruella.

Emma Stone stars in "Cruella," which tells the untold origin story of Disney's most infamous villain.

The film was released in the United States on May 28, hitting theaters and Disney+ with Premier Access at the same time. On Disney+, the film requires an active subscription to the streaming service as well as a one-time additional fee.

The "Cruella" soundtrack was released on May 21. It includes "Call me Cruella," an all-new original song performed by Florence + The Machine, that is also featured in the film.

"Some of the first songs I ever learned how to sing were Disney songs, and the villains often got the best numbers," Florence Welch said of the song in a news release, "so to help create and perform a song for 'Cruella' is the fulfillment of a long-held childhood dream."

Original. Criminal. Dressed to kill. 🖤 Here's your first listen of Florence + the Machine’s new song “Call Me Cruella” from the #Cruella Soundtrack. Hear the soundtrack May 21 and see the film in theaters and on #DisneyPlus with Premier Access May 28. Additional fee required. pic.twitter.com/GBaqkGP981

See Disney's "Cruella" in theaters or order it on Disney+ with Premier Access May 28. Learn more at disneyplus.com/Cruella