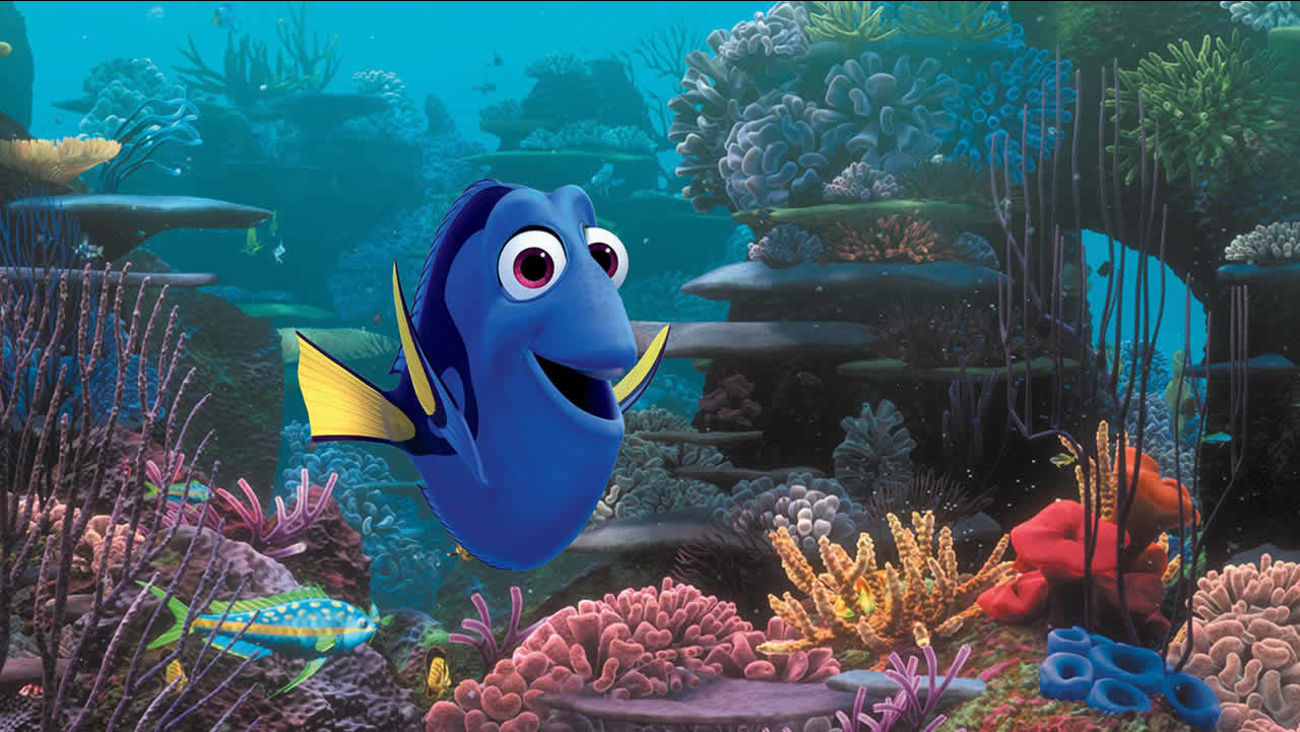 WTVD
This story first appeared on Oh My Disney and is reprinted with permission.

It's been 12 years since we first saw our favorite royal blue in the big blue with Finding Nemo. We still can't stop repeating "P. Sherman, 42 Wallaby Way, Sydney." We've always just kept swimming, and more often than not, we dream of surfing the EAC with a group of chill turtles. While our attempts to translate this first look at Finding Dory into whale have failed (too much orca), we've been watching it over and over to try and fish out more details:

You can't be a Mr. Grumpy Gills after watching that! This sequel takes place a long way from Sydney, in the city of Monterey on the California coast, and features our favorite crew of Marlin, Nemo, and Dory (of course). As previously announced, the story begins six months after Finding Nemo ends. Dory finds out that she was born at the Marine Biology Institute of California-a large rehabilitation facility for marine life-and was freed into the ocean at a young age. Emulating Dory's memory, the film's flashbacks are 2D animation. The new setting comes a wave of exciting new characters -- Bailey the beluga (Ty Burrell), Destiny the whale shark (Kaitlin Olson), and Hank the octopus (Ed O'Neill). Get ready to bring your favorite squishy to theaters on June 17, 2016!

What are you most excited to see in Finding Dory? Tell us in the comments!