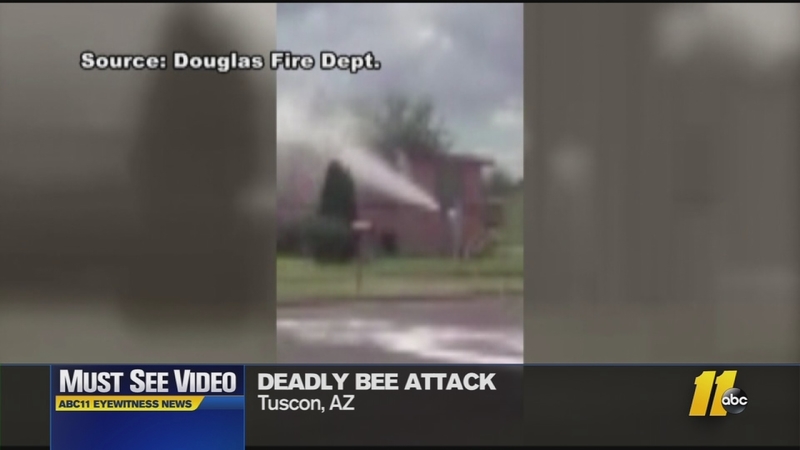 Firefighters battle a swarm of bees using foam and pesticide after officials say a group of landscapers got stung while working on a house Wednesday.

One person died in the attack, while four others were hurt.

The hive had been in the rafters of the home for about 10 years.

Authorities estimate there were thousands of bees living in it.

An expensive piece of history is banged up after a landing gone wrong.

The World War II-era plane was landing at the Baton Rouge, Louisiana Airport Wednesday when it nosed over, flipping onto its front.

The pilot was the only person onboard.

Fortunately, he was not hurt, but his wallet might be -- the damaged German Fighter is worth about $2 million.

People from all around the area have been stopping by to take a look for themselves at a moose on the loose.

Wildlife experts believe the moose is likely migrating from Michigan or Minnesota.

Right now, they don't have any plans to interfere with him.