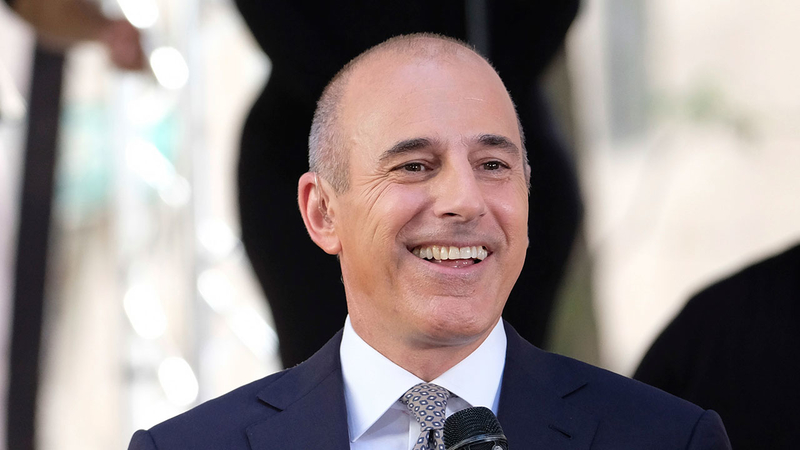 Today show co-host Matt Lauer has been fired for inappropriate behavior in the workplace, the network announced Wednesday.

BREAKING: Matt Lauer fired from NBC News after they received a “detailed complaint” from a colleague about inappropriate sexual behavior in the workplace, NBC News chairman Andrew Lack says in statement. pic.twitter.com/fjwsBMT5VG

Here is the text of the letter from NBC News President Andrrew Lack that was read on the show.:

"Dear colleagues, on Monday night, we received a detailed complaint from a colleague about inappropriate sexual behavior in the workplace by Matt Lauer. It represented, after serious review, a clear violation of our company's standards. As a result, we've decided to terminate his employment. While it is the first complaint about his behavior in the over twenty years he's been at NBC News, we were also presented with reason to believe this may not have been an isolated incident. Our highest priority is to create a workplace environment where everyone feels safe and protected, and to ensure that any actions that run counter to our core values are met with consequences, no matter who the offender. We are deeply saddened by this turn of events, but we will face it together as a news organization - and do it in as transparent a manner as we can."
Report a correction or typo
Related topics:
arts & entertainment
TOP STORIES
Fauci: CDC may back wearing face masks more
2 killed in double shooting on I-85 entrance ramp ID'd
WEATHER: Warm and humid today with an end-of-the-week warm up!
Americans' optimism about US direction drops since May: POLL
21-year-old motorcyclist killed in crash in Fayetteville around 1 a.m.
Cary native Claire Curzan won't go to Olympic Finals
Show More
Russians top Simone Biles, Americans in gymnastics qualifying
Grieving the loss of a pet? There's a support hotline to help
Expert: USC student's DNA found under suspect's nails
Motorcyclist killed, teen airlifted in 4-vehicle crash in Fayetteville
Hero officers, bystanders save mom, baby pinned under car: video
More TOP STORIES News