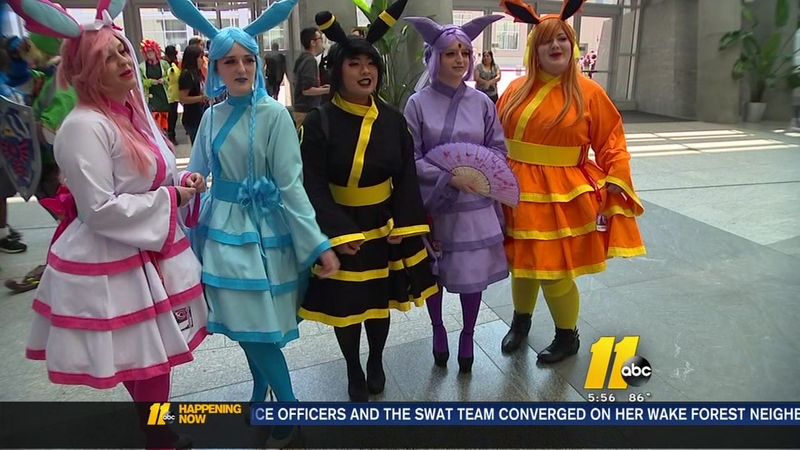 If you come to downtown Raleigh this weekend, you are going to see people dressed up in all sorts of wild, colorful costumes.

Around 13,000 people are in town for Raleigh's Anime convention, Animazement. If you've heard of ComiCon, it's like that, but specifically for Japanese animation.

Some attendees spent months putting their costumes together for Animazement. One group of women said they spent about 100 hours per costume for their Pokemon cast of characters.

"It's an inner expression of yourself. Like, you get to come out here and you portray somebody that you connect with," said one Animazement enthusiast.

The convention also celebrates traditional Japanese culture. Sunday, there is a free concert with a famous Japanese composer and a local student orchestra.