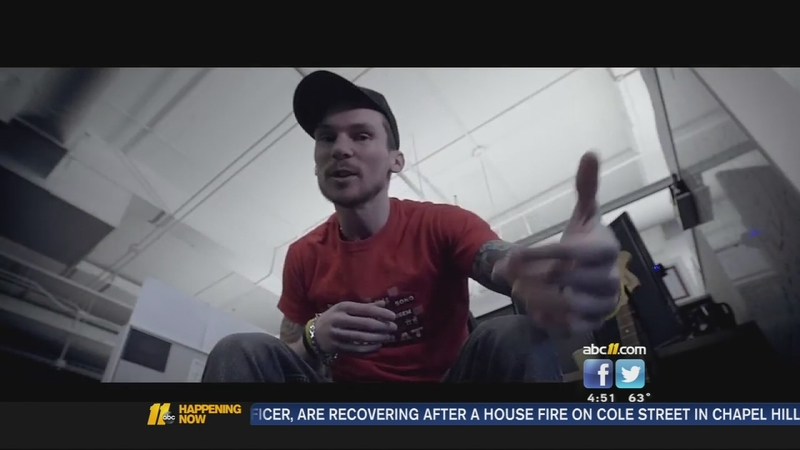 Red Hat originally produced the video for internal use, but it became so popular with employees, you can now download it online. The company is also using it as a recruitment tool.


"It just comes back to a style of music and a rap song and representing the people and where you're from," Totty said, explaining the song's appeal. "I'm just representing my home city that I've lived in my whole life."

Bryan Totty works at Red Hat, the inspiration of this song.

"It's a really awesome company. I've been really happy with my career growth here, and then just being able to be creatively free is just awesome," Totty said.

Totty is a graduate of East Carolina University and an engineer in Red Hat's Global Support Services Department. Totty first recorded the song in his own studio, and when Red Hat heard it, the company wanted to produce it for employees.

Now, hundreds of his Raleigh coworkers are his backup dancers. It became so popular, they put it on YouTube for the public.

"The lyrics are people driven, it's not just about me. It's about the company and the area."

The end of the video says "We're Red Hat, and we're hiring!"

This has gone so viral, and maybe because it shows what a cool company Red Hat is, the company is now using it as a recruiting tool.

More info on Bryan Totty and his album, "Oak City," can be found here.