Patricia Heaton, Atticus Shaffer talk about the 200th episode of 'The Middle' 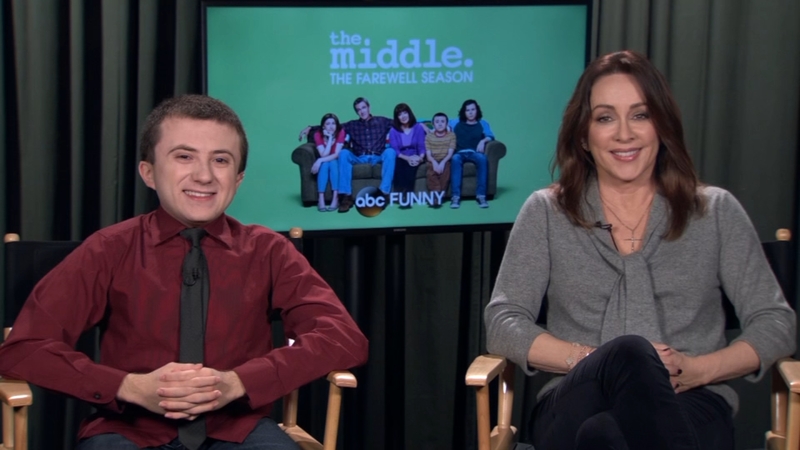 Patricia Heaton, Atticus Shaffer talk about the 200th episode of 'The Middle'

NEW YORK -- It's a rare feat for a sitcom to reach 200 episodes, and Patricia Heaton has been a part of two such series.

Her first was "Everybody Loves Raymond" and that was followed just a few years later by ABC's "The Middle" where Heaton plays matriarch "Frankie Heck."

"When I first moved out to LA, I didn't have an agent, or a manager, or a car! So to now be on my second sitcom that's gone beyond 200 episodes is a little mind-blowing to me and I'm very, very grateful," Heaton said.

Her co-star Atticus Shaffer shares in her enthusiasm. He was just a child when the series began back in 2009, and now he's an adult.

"Brick is a character I've adored being able to play," Shaffer said. "He's shown it's OK to be smart, it's OK to be unique and march to the beat of your own drummer, and so that is what I want Brick to maintain, I want him to end the series maintaining an intellect and the humor of his quirks and being able to be that role model character that he is, but now a grownup version of that character."

#TheMiddle celebrates 200 episodes by reminding us that sometimes everyone needs a little push int he right direction. 😉 pic.twitter.com/rVlhhL3tYC

Heaton and Shaffer also revealed that the series finale in May 2018 will be one-hour long! Don't miss the 200th episode of the "The Middle" Tuesday, December 5 at 8/7c on ABC.
Report a correction or typo
Related topics:
arts & entertainmentpatricia heatonabc primetimeabc
Copyright © 2021 WTVD-TV. All Rights Reserved.
More Videos
From CNN Newsource affiliates
TOP STORIES