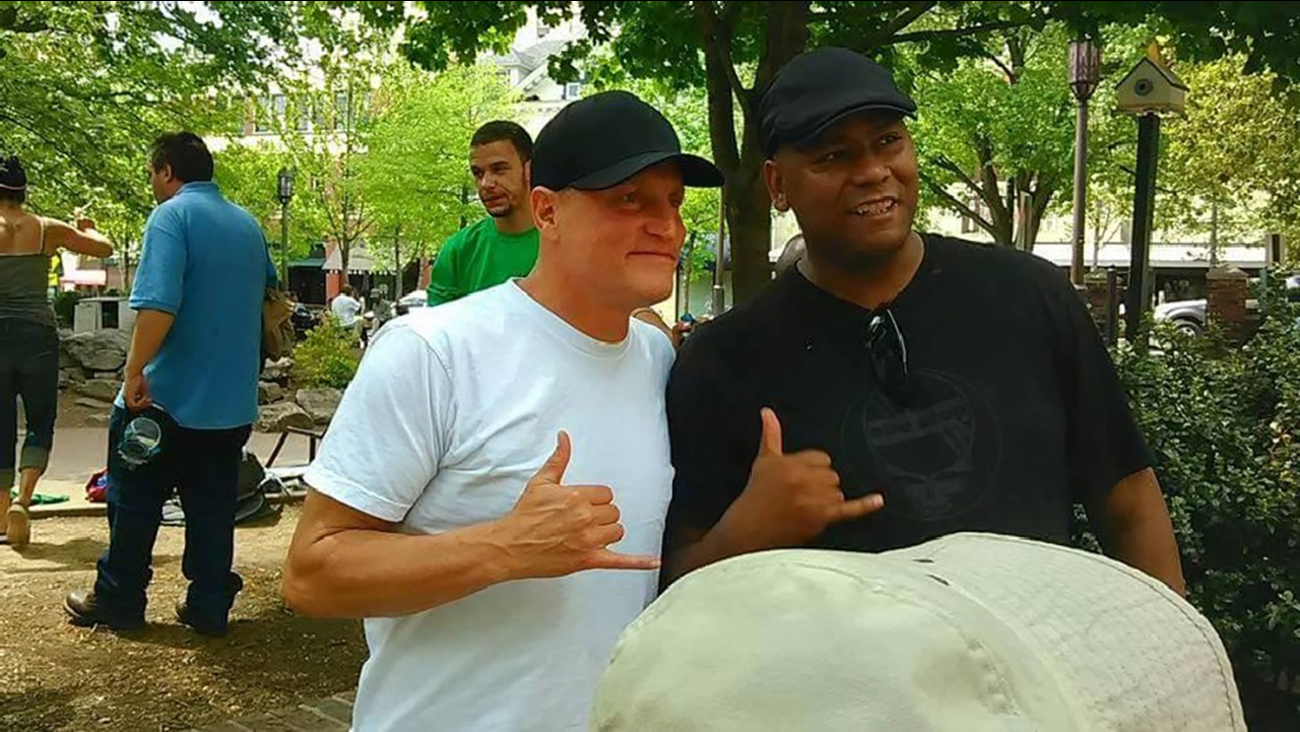 ASHEVILLE, N.C. (WTVD) -- With two movies filming in western North Carolina, actors are popping up in Asheville like spring flowers.

Woody Harrelson, already familiar with the western part of the state after acting in "The Hunger Games," was spotted Thursday playing chess in Pritchard Park, WLOS reports.

Viewers told WLOS the actor wandered around downtown for a few hours-and that he's a respectable chess player who won every game against the park's regulars.

Harrelson is in town filming "Three Billboards Outside of Ebbing, Missouri," a big-budget movie shooting in Sylva. The billboards of the movie's title are set up in Black Mountain.

Relaxing weekend with the Bears! pic.twitter.com/JifIvgeYLR

Smart, 29, tweeted a photo of the two at the Omni Grove Park Inn.

Smart is in Asheville working on the new "Dirty Dancing" remake, along with Modern Family star Sarah Hyland.